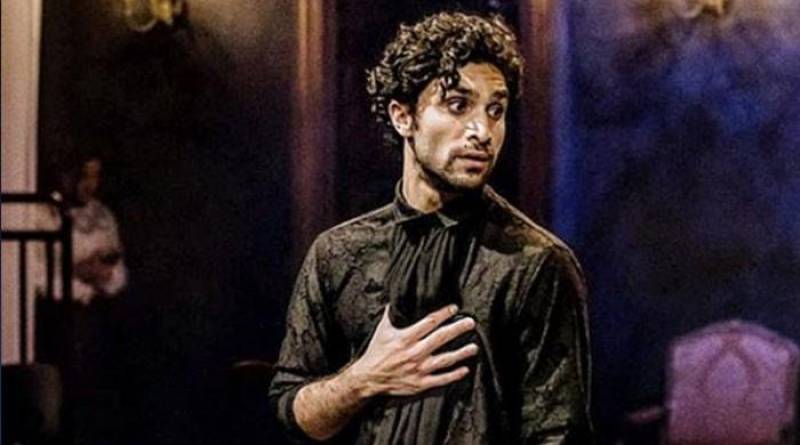 Ahad Raza Mir has received a letter from Edward McCauley,  the President and Vice-Chancellor of the University of Calgary, congratulating him for winning the 2019 Betty Mitchell Award for Outstanding Performance by an Actor in Drama. McCauley also commended the actor for becoming a role model for many of the university's students and alumni.

Ahad's mother excitedly shared the news on social media last night. "Proud moment for us and for The University of Calgary," wrote Samra Raza Mir. 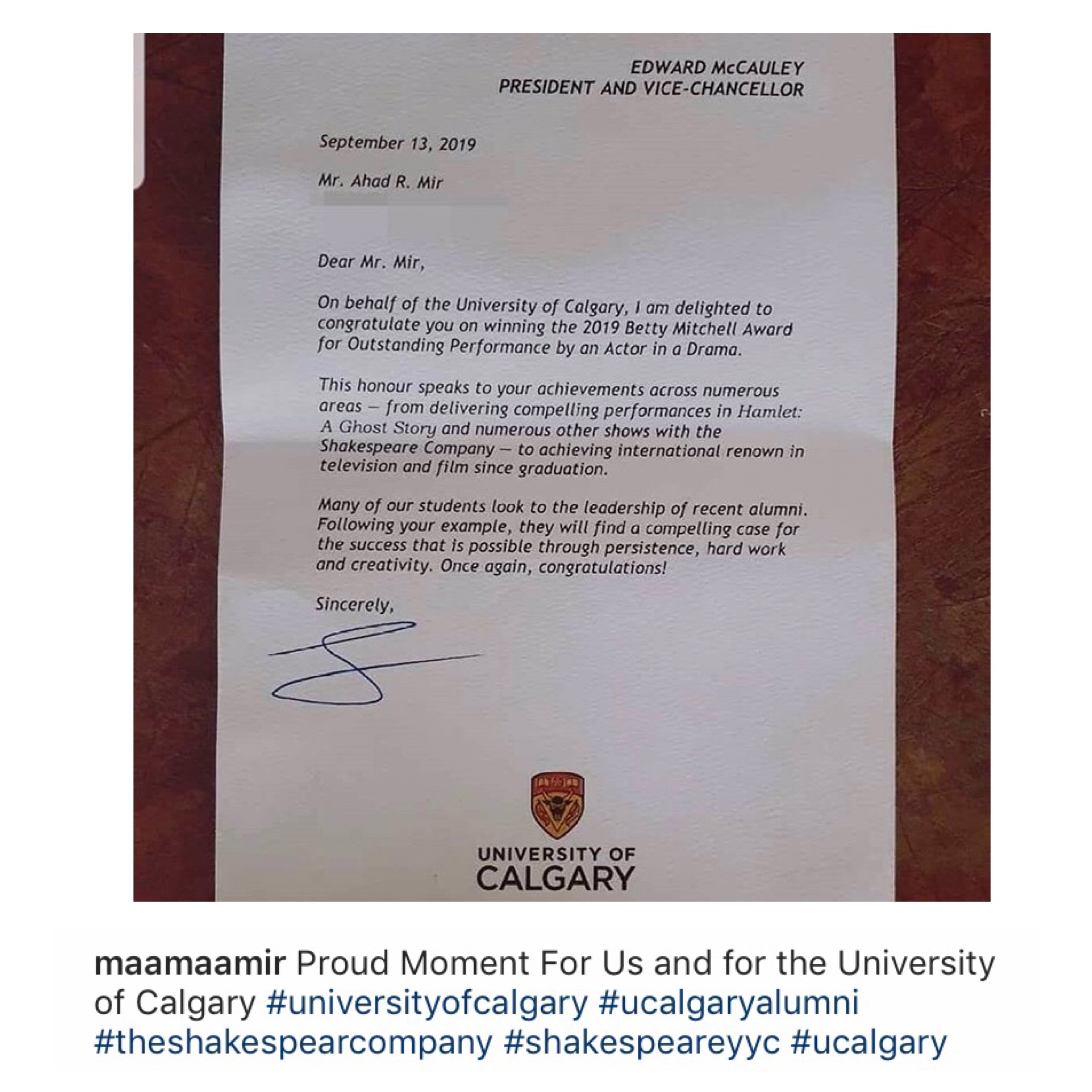 Mir delivered a powerhouse of a performance in play Hamlet: A Ghost Story and is still being praised for his phenomenal acting skills. 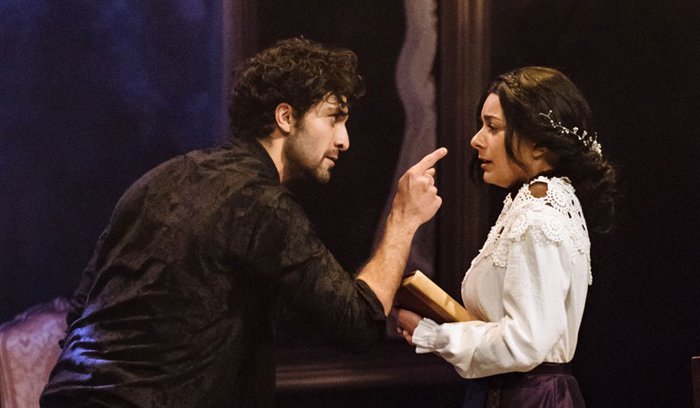 This rendition of Shakespeare’s Hamlet was performed at the Vertigo Theatre in Canada. Mir was reportedly the first brown actor to be cast as Hamlet in Canada. According to the theatre group, The Shakespeare Company, Ahad’s play was one of their highest attended shows in the history of the company.