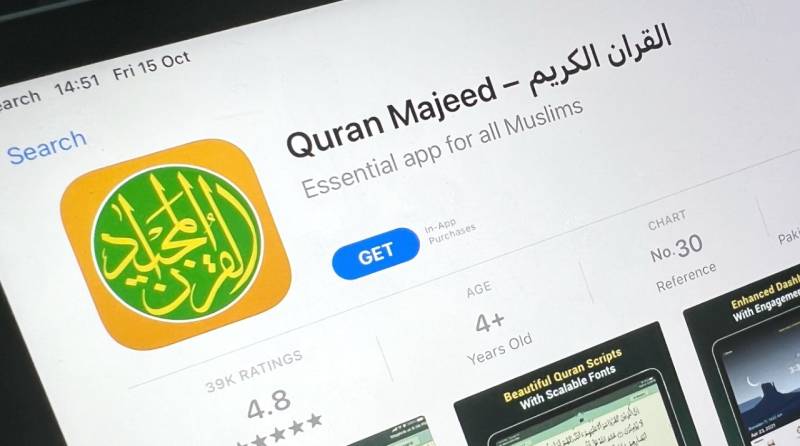 BEIJING – ‘Quran Majeed’, a famous application for reading and listening to Quranic content has been removed from the Chinese App Store following a request from the local government, BBC reported Friday.

According to the British broadcaster, the app which is recognized by 25 million Muslim users around the world was removed for ‘hosting illegal religious texts’ while the Chinese officials have not commented on the matter yet.

The developer said it’s now attempting to resolve the issue with the Chinese Cyberspace Administration.

The removal of the application was first noticed by Apple Censorship – a platform that monitors apps on Apple's App Store globally.

The app is developed and owned by Pakistan Data Management Services (PDMS) and describes itself as ‘one of the top Islamic apps’.

Meanwhile, the company senior official told an international news organization that the company is trying to get in touch with CAC and relevant Chinese authorities, so the application can be restored in the Chinese App Store.

He also mentioned that Chinese law requires additional documentation for some apps to be available on the App Store on the Chinese mainland while many of the apps must secure an internet publishing permit from China’s National Press and Publication Administration.

The world’s most populous country has been accused of pressing its Uighur population in northwest China.