A Brief Critical Look at the Women Protection Bill 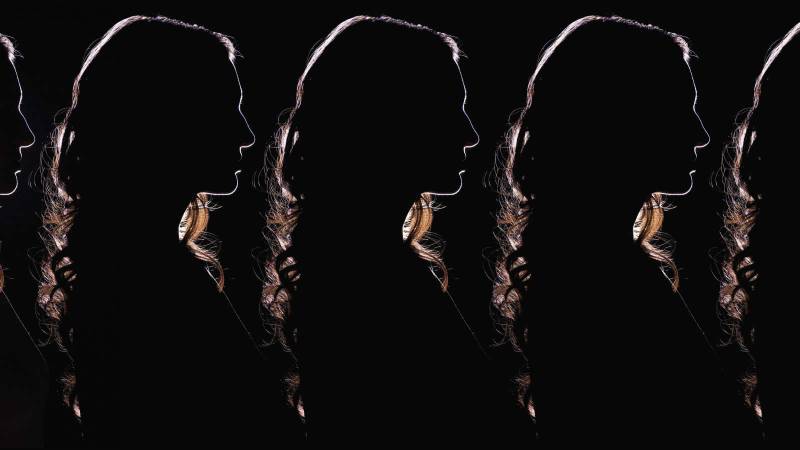 The Family System—A most Valuable Asset of the Nation

A remarkable strength of the people and the State of Pakistan is the strong family system that inherently exists in our nation; and much of the same system exists in the family life of the minorities in Pakistan. In times of difficulties and dangers faced by the people individually or collectively, it is this system that enables the people to meet the painful situations with courage and confidence.

For example, in the last 15 years of war, terrorism, poverty and chaos - it is the strength of the family system that keeps the life of the distressed people going.

Home and family life is cherished in Pakistani society and its privacy is respected and protected. Home is the primary institution where children learn and practice the sound moral, social and spiritual values that are so necessary for developing a good personality. There is a lot of false propaganda about women in this country. The fact is that in Pakistan women are treated with respect in society and with affection in the family. They have as much access to higher education as have the men. And, they can join any suitable profession of their choice, including civil service.  These few words about the family system should be kept in view so as to understand the real purpose behind the Women Protection Bill.

The Bill—and its Aim

The Bill passed by the Punjab Assembly on 24 February 2016 is titled as “Punjab Protection of Women against Violence Act 2015.” Below Section 31, in the Statement of Objects, it says, “The overall objective of the Bill is to institute a Protection System for prevention of violence against women and for the protection and rehabilitation of the woman victims.”

Its full text is attached herewith.  On reading the full text you find that the “Protection System” is designed to destabilise the existing family system and the home life of the people, and that, in the process, it will make, besides the man, the Pakistani woman herself a victim. It aims at taking the woman away from the protection of the male members in the family, her husband, brother, son, and giving her in the hands of strangers for so-called protection. And, what is more, pulling the poor woman out of the sanctuary of her home and dumping her and her dependent children (those below the age of 12) in a so-called ‘shelter home’ and leaving her at the mercy of those who would be running the place.

"‘Aggrieved’ Person means a woman against whom violence was committed or was likely to be committed.”

"‘Defendant’ means a person against whom relief has been sought by the “‘Aggrieved’ Person” for committing violence, or who was likely to commit violence.”

“Violence means any offence committed against a woman including abetment of an offence, domestic violence, emotional, psychological and verbal abuse, economic abuse, stalking or a cybercrime.”

[Note: Consanguinity is ‘relationship by blood or close relationship.]

Bill’s Full Text should be Studied

Although this summary endeavours to bring out its crucial points, the Bill’s full text should be studied to realize how unjust its several features are and how injurious its overall nature is to the moral and social structure of the Pakistani society. And, it is on these grounds that it is highly objectionable. Religion should not be brought into this issue.

It is apparent that the media persons and the columnists in the newspapers who are praising this Bill have not read its text. The same can be said of the Provincial Assembly Members who blindly approved the Bill. As far as known, no Urdu or English newspaper published the full text of the Bill. Public remains ignorant of the full contents of the Bill.

Penalisation of the ‘Defendant’

The Protection System will come into action as soon as a complaint is received in the Court. It is not necessary that the complaint should be made by the ‘‘Aggrieved’’ woman. It can be made by any “person authorised by the ‘Aggrieved’ woman” or “the Women Protection Officer (WPO) may submit a complaint to the Court,”—“on information or complaint received from any corner.”  [Sec.16 (2)]

“If the Court is satisfied that any violence has been committed or is likely to be committed, the Court may order the ‘Defendant’” to:

“The Court may issue one or more [of these] directions even if the ‘Aggrieved’ person has not prayed for such direction.” [Sec.7(2), 8(2)]. These conditions subject the poor ‘Defendant’ to intense agony and humiliation. He is degraded to a position worse than that of a criminal charged with a heinous crime, who is out on bail but does not have to wear a GPS Tracker Bracelet.  Imagine the degradation and torment of wearing the loathsome Bracelet “24 hours, 7 days a week.” His home-life is wrecked, and so is that of the ‘Aggrieved’ woman, whether she realizes it soon or at a later stage. Won’t the children below 12, who will have to accompany the mother to the ‘shelter home’, suffer great hardship in their daily life and in going to school? And where will the ‘Defendant’ go when ordered to move out of his house?

The Court can impose on the ‘Defendant’ more penalties under a ‘Resident Order’ and a ‘Monetary Order’. Listed at Sections 8 and 9 of the Bill, these penalties would hit the Defendant’s finances very hard. Imagine all this punishment to a man, when violence has not been committed but is only likely to be committed!                              [Sec.7 (1)].

The Idea of Reconciliation

The Bill states that the VAWCs/’shelter homes’ should “maintain a system of mediation and reconciliation for resolution of disputes under this Act.” [Sec.13 (g), 12 (d), 3(c)]. It is a hollow statement, because the cruel conditions and the humiliation inflicted on the ‘Defendant’ will make any reconciliation impossible. The tragedy is that the existing excellent system of letting the elders in the family or families resolve the family disputes will be prevented from functioning, if the Bill is enforced.

Forcible Entry into a House

A particularly objectionable clause, at Section 15, is the power given to the WPO, helped by Police, “to enter in any house or place for rescuing an ‘Aggrieved’ person”, and if entry is obstructed, “to break open any outer or inner door of any house” to enter it. It does say that such an action shall not be taken without the ‘Aggrieved’ person’s consent. But, the fact is that once the process following a complaint begins, the ‘Aggrieved’ woman will be acting as directed by the WPO.

Section 24 declares: “Every person engaged in, or employed for, the administration of this Act shall be deemed to be a Public Servant within the meaning of section 21 of the Pakistan Penal Code.” It includes the Women Protection Officers and the large staff of the “protection centres” and “shelter homes,” etc.

Section 29 lists the subjects for which “the Government shall make rules for carrying out the purposes of this Act.” The list includes “Women Volunteers and Women Volunteer Organizations” (which means Women NGOs).

Section 30, Immunity, declares: ”No suit, prosecution or other legal proceedings shall lie against the Government, any officer of the Government, … or official of a protection system for anything which is done under this Act or the Rules.”

NGOs will have the Main Role in the Protection System

Section12 (1) (i) asks the Women Protection Committee to “Enlist Women Volunteers and Women Volunteer Organizations and assign [them] roles under this Act.” Most, if not all, such ‘volunteer women’ will be provided by NGOs, which, in fact, are the advocates and promoters of this Act. They will enjoy the status and immunity of public servants, regardless of any foreign links they may have.

Citizens’ Domestic Affairs will be made Public

“Government shall, within 7 days of acquiring any information pertaining to violence against the aggrieved person, publish the details of the case and the steps taken for the protection of the aggrieved person, on its website accessible to the public free of cost.” [Sec.23]. Thus, a citizen’s private and sensitive matters will be made public—a gross violation of the privacy and respect of his Home-life.

This is just a glimpse at the Bill. It should be read in full, particularly by the political leaders and the government officials concerned with it, to realize its potential for damaging the present moral and social structure of the society and the home life of the people of Pakistan. My briefs have often been exposing crises and dangers, while offering advice. This analytical brief is also submitted as urgent advice.