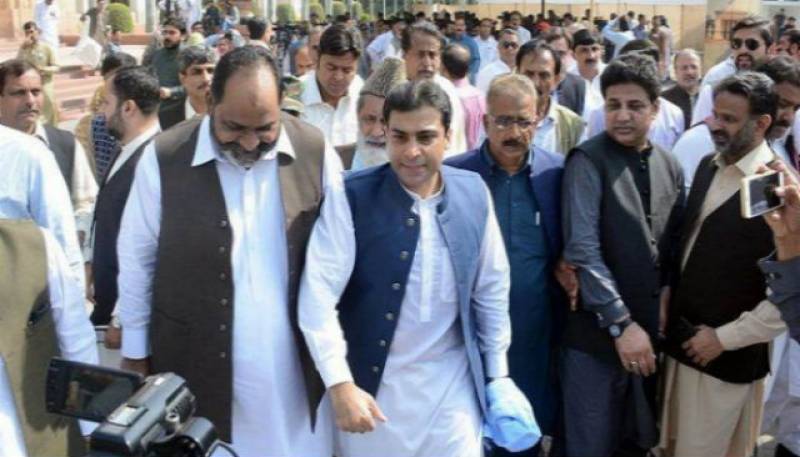 Hamza's bail period expired today following which he appeared before the bench amid tight security.

During the hearing, the NAB lawyer told the court that the bureau's replies in the Saaf Pani case, the Ramazan Sugar Mills case and the money laundering case had been submitted. The lawyer informed the bench that arrest warrants have not been issued yet in Saaf Pani and Ramzan Sugar Mills cases.

On the other hand, the counsel for PML-N leader contended that he had not been provided proper copies of the reply.

"The copies we got are not readable. Had we had proper copies we would have submitted our response to the replies today," the lawyer said.

After hearing the arguments, the bench extended Hamza's bail till April 25.

Hamza has also filed a petition before the LHC against the bureau’s attempted 'raid' at his house, alleging that the team harassed women present at his residence.

Meanwhile, NAB chief Justice (r) Javed Iqbal revoked the summons issued to the family members of Shehbaz Sharif and instead instructed sending questionnaire to the women.