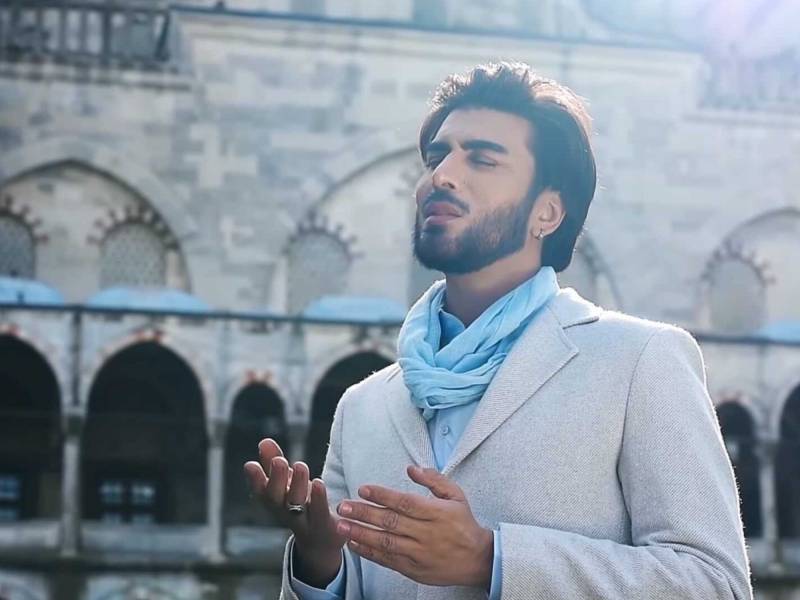 Pakistani actor Imran Abbas has been quite active lately. Apart from hosting a Ramadan show in Turkey to interacting with fans, the 38-year-old star is now winning hearts with his soulful rendition of Qaseeda Burda Shareef.

His massive fan following was pleasantly surprised and the video has garnered 12,000 views on YouTube.

Turning to his Instagram handle, the Koi Chand Rakh star shared the exciting news with fans and followers.

“My first directorial video with the launch of my YouTube channel. Qaseeda Burda Shareef premieres now. Watch, like and subscribe! Looking forward to your love and support.”

Shot from a striking perspective in the beautiful streets of Istanbul, Abbas can be spotted in the video as he respectfully recites the naat.

Produced and directed by Imran himself, the director of photography is Metin Sevindik with line production by Vevolve Films and coordination by Bizpal Tourism Istanbul respectively.

On the work front, the Alvida star is acting as a representative of the flourishing friendship between Pakistan and Turkey.

Earlier, Atif Aslam also released his take on Mustafa Jaane Rehmat, the renowned kalaam of Hazrat Imam Ahmed Raza Khan which has been highly praised by the fans.

With Muslims across the globe celebrating Ramazan 2021 with zeal and zest, Pakistan's singer Atif Aslam has lent his ...