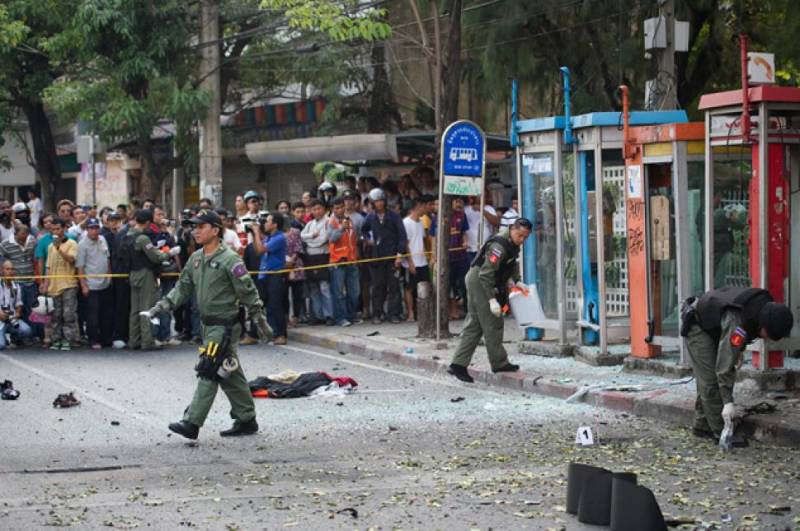 BANGKOK (Web Desk) - A bomb exploded on Monday close to a shrine in the centre of Thailand's capital, Bangkok, killing at least 19 people and injuring more than 120.

The Erawan Shrine, which was crowded at the time, is a major tourist attraction and foreigners, including Chinese, are among the casualties.

No-one has yet said they carried out the attack, the BBC reported.

Defence Minister Prawit Wongsuwon said the bombers had "targeted foreigners... to damage tourism and the economy". "We will hunt them down," he said. 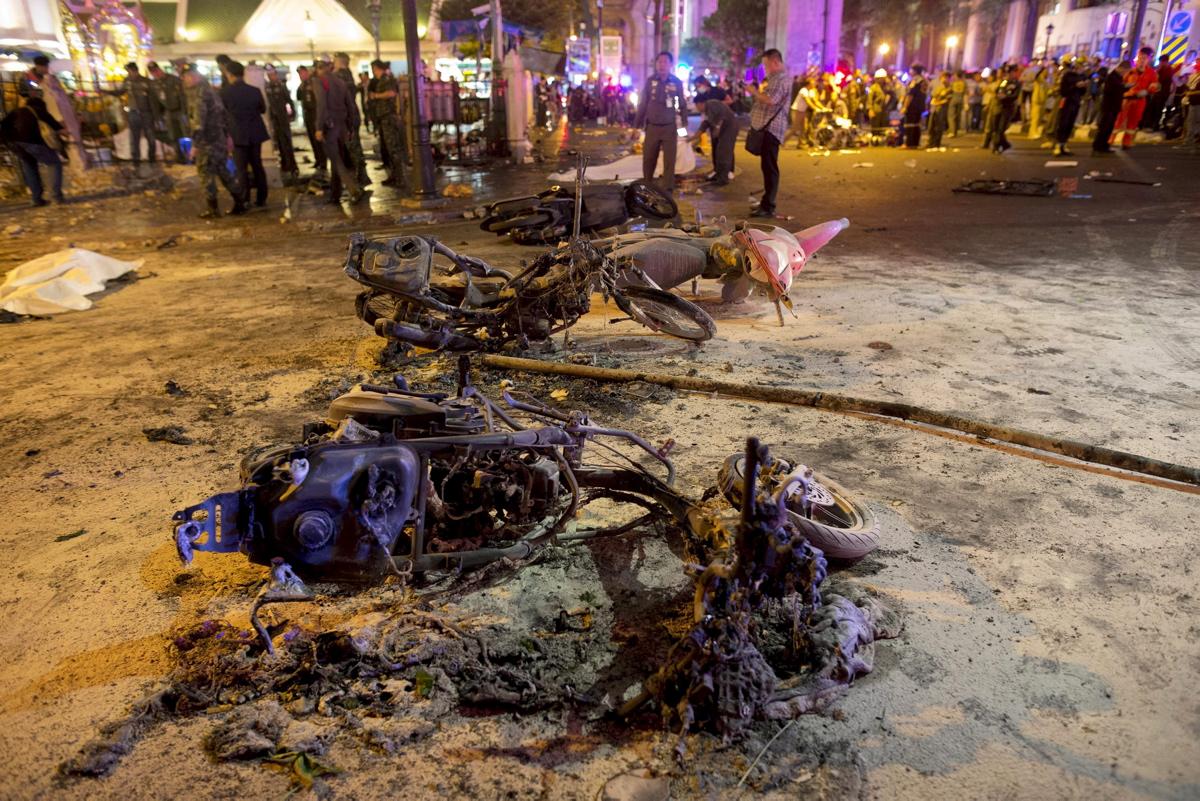 The Nation TV channel quoted Prime Minister Prayuth Chan-ocha as saying the government would set up a "war room" to co-ordinate its response.

National police chief Somyot Poompummuang said that 10 Thais had been confirmed dead, along with one Chinese and one Filipino.

He said: "Whoever planted this bomb is cruel and aimed to kill. Planting a bomb there means they want to see a lot of people dead."

Thai police said 123 people had been injured. The government in Hong Kong said three of its residents were among those wounded. 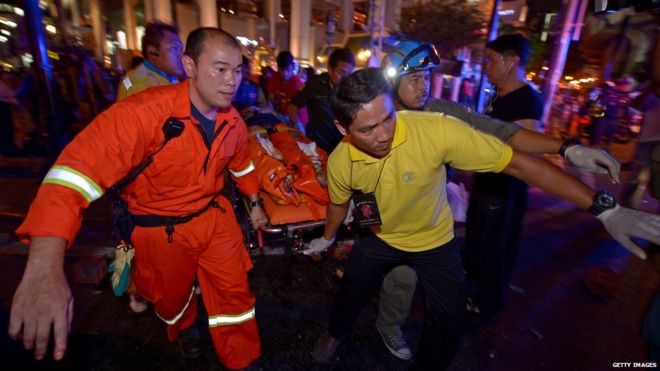 The Bangkok Post quoted police as saying that 3kg of TNT had been stuffed in a pipe inside the shrine and that an electronic circuit suspected to have been used in the attack was found 30 metres from the scene. 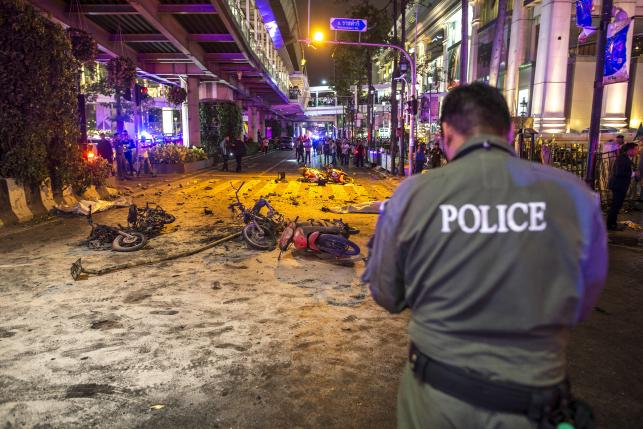 Police checked the area for other devices but no further bombs have been found, the paper said.