Harassment at the workplace? Joe Biden gives Hillary Clinton the most awkward hug 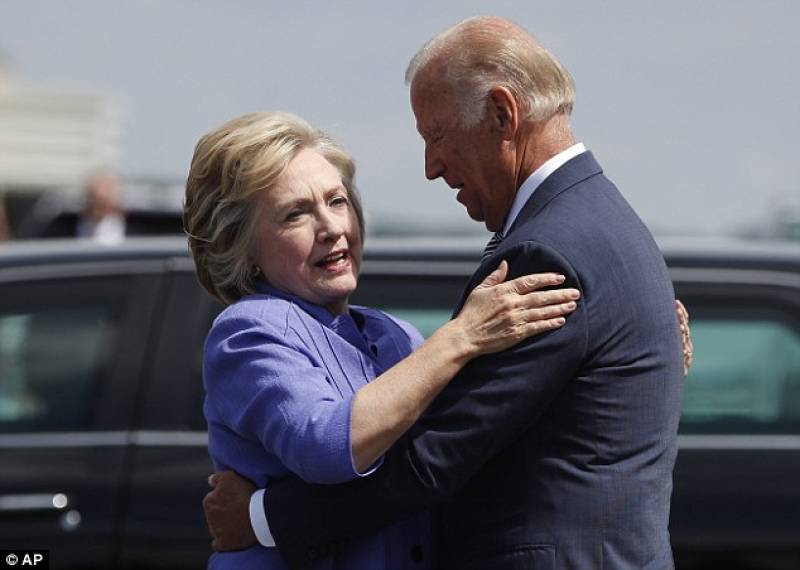 AMERICA (Web Desk) - White house hopeful Hillary Clinton was greeted with an awkward hug by the Vice President Joe Biden as they both met at the Scranton airport on Tuesday.

The situation became interesting when Hillary Clinton wanted to get out of the arms of Biden but on the other hand he kept on holding her.

The two were campaigning together today in Biden's childhood hometown.

It's not the first time that Biden has attracted attention for the way he acts around women.

The vice president made the headlines in February last year after he whispered in the ear of Stephanie Carter, wife of then-newly appointed defence secretary Ash Carter.