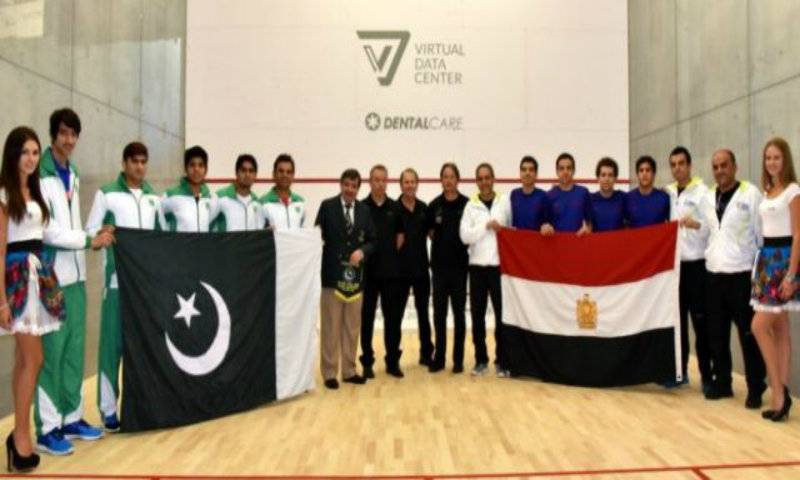 Riding on victories by Israr Ahmed and Abbas Shaukat, Pakistan outclassed Egypt by 2-1 to win its 6th World team title.

The decider was played between Pakistan’s Abbas Shaukat and Egypt’s Marwan Tarek, and Abbas displayed great form to stun Marwan Tarek with score of 11/7, 11/9 and 11/8 to script a memorable win for Pakistan.

This was Pakistan’s first win in the WSJ finals against Egypt after losing three consecutive finals to the same opponent.