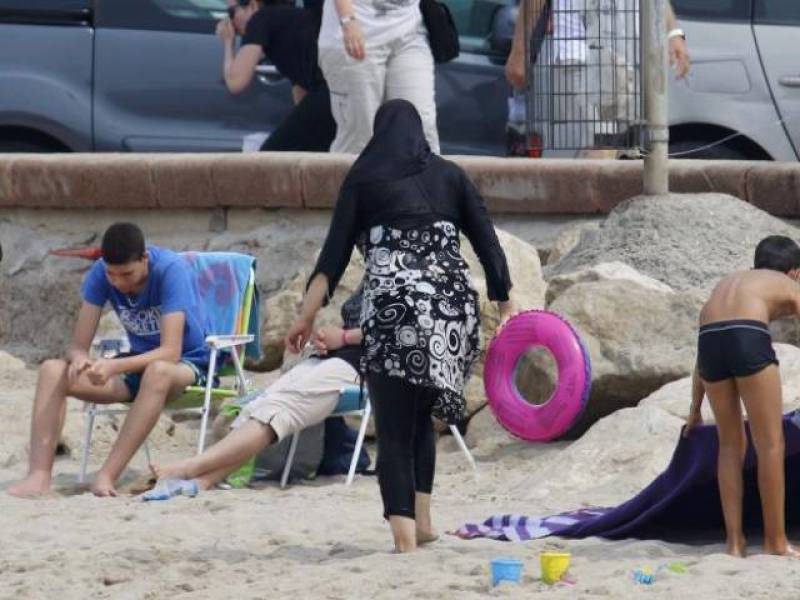 PARIS (Web Desk) - Ten Muslim women wearing burkinis to the beach have been apprehended by police in the southern French city of Cannes in the three weeks since it imposed a temporary ban on the full-body swimsuit, a local official said.

Arguing that the burkini defies French laws on secularism, Cannes is one of three towns in France to have banned the garment amid tensions after a militant attack in nearby Nice killed 85 people on Bastille Day on July 14.

The moves have sparked an intense public debate, with Muslim groups calling them unconstitutional, divisive and Islamophobic. The Conseil d’Etat, France’s highest administrative court, will rule on the legality of burkini bans in coming days.