Yemen has suffered over $14 billion loss due to ongoing civil war: Report 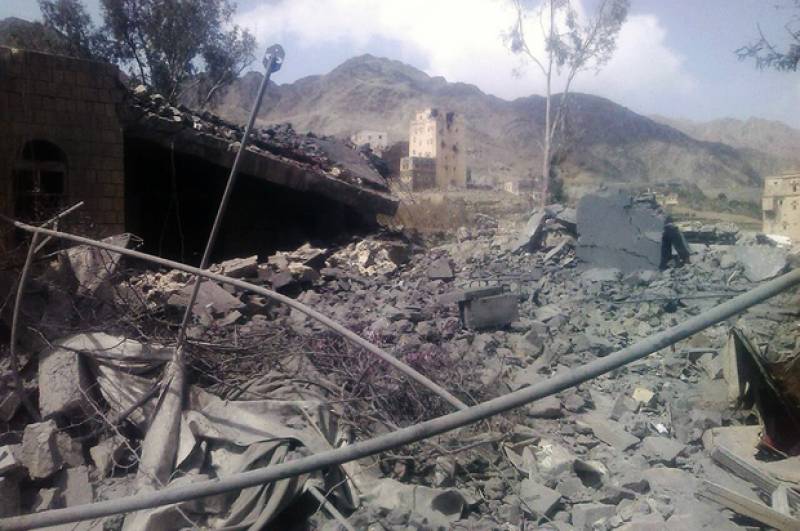 ADEN (News Desk) - Yemen is going through a humanitarian crisis due to unstoppable ongoing civil war and a joint confidential report of the World Bank, the United Nations, the Islamic Development Bank and the European Union suggests that the country has so far suffered a damage of over $14 billion.

According the Reuters news agency, the Yemen conflict has resulted in damages of about $7 billion to the infrastructure and an estimated $7.3 billion loss to the economy of the country in terms of production and service delivery.

The report was prepared on the basis of the surveys conducted in 2015-end and the beginning of 2016. It was finalised on May 6.

The report argued that the estimated losses are still not final, but they are still evolving and everyday more losses are being recorded by the international monitors and local government.

The 16-month civil war has damaged as many as 1,671 schools in 20 governorates of the country. Out of these, 287 need major reconstruction, 544 are serving as shelters for internally displaced persons (IDPs), and 33 others have been occupied by armed groups.

An overall loss of $269 million has been recorded on the account of schools and basic education facilities in the country.

Ministry of Public Health and Population confirmed that 900 of 3,652 total facilities designated to provide vaccination services are currently non-operational in Yemen.

It is also worth mentioning here that Yemen's civil war has so far claimed over 6,500 lives and more than 2.5 million people have been displaced, resulting in a humanitarian catastrophe in the country.