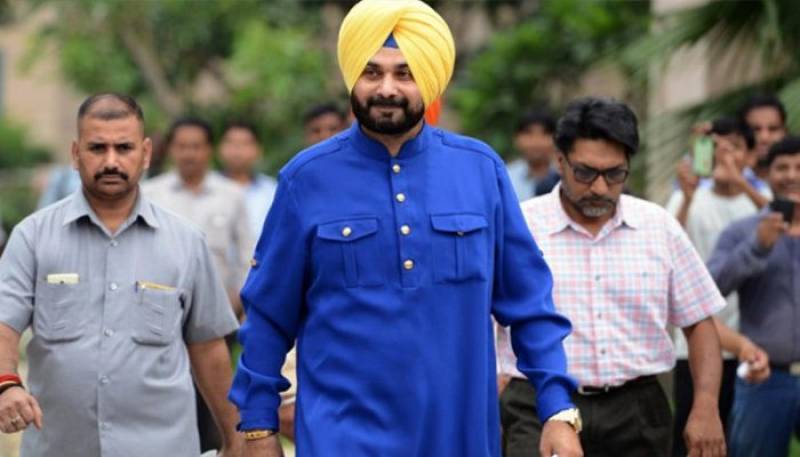 Sidhu arrived in Lahore via Wagah border and will head to Islamabad for the oath-taking ceremony scheduled for August 18.

Speaking to reporters in Lahore, Sidhu welcomed the 'change' in Pakistan brought about by the rise of the Imran Khan-led Pakistan Tehreek-e-Insaf government.

"I have come to Pakistan on my friend's [Imran] invitation. These are very special moments," Sidhu said.

The former cricketer also expressed his views through poetic verses-laden with emotions.

The Indian comedian expressed that Imran Khan was like a 'Gold' who could deal with adversaries as well. He elaborated that he was in Pakistan as a friend and an ambassador of peace and not as a political figure.

He claimed that Imran Khan knew the art to convert a weakness into a strength.

Imran Khan, a former Pakistan Test captain, is expected to be elected as the chief executive of the country today as his party swept the July 25 general elections.

PTI had also invited other Cricket bigwigs including Kapil Dev and Sunil Gavaskar, however, they did not arrive in the country owing to personal engagements.'

The newly-elected members of the National Assembly will vote for the country's next prime minister today.

Imran Khan is contesting against Pakistan Muslim League-Nawaz president Shehbaz Sharif, but the numbers game implies that the 65 year old former athlete is tipped to be the next premier of the country.