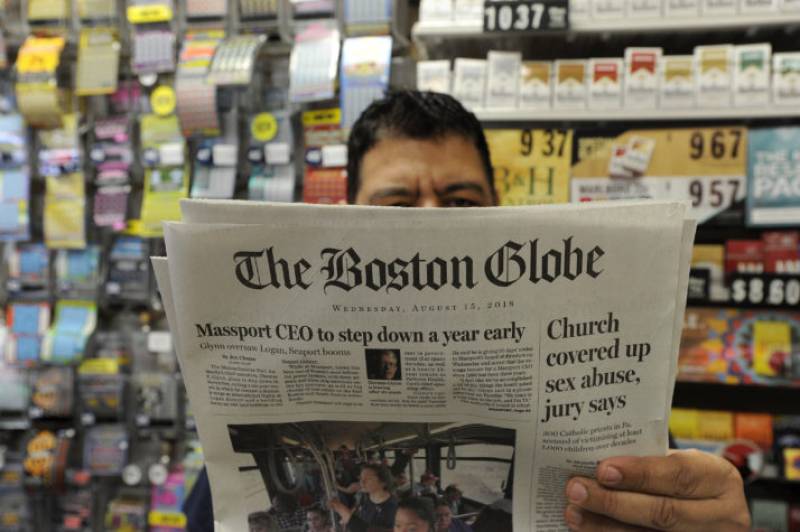 WASHINGTON - "President Donald Trump on Thursday criticized the media as "the opposition party" after more than 350 news outlets published editorials on the same day against him on the call of The Boston Globe, one of the nation's oldest publication, to criticized the President on his media bashing.

"THE FAKE NEWS MEDIA IS THE OPPOSITION PARTY. It is very bad for our Great Country. BUT WE ARE WINNING," the President tweeted on Thursday in response to the criticism by the media organizations nationwide.

In their editorials, the newspapers denounced the President for his assault on the media. The newspapers, which issued en masse editorials ranged from big to small newspapers and media outlets.

President Trump accused The Boston Globe newspaper of being "in collusion" with publications for writing editorials against him. "The Boston Globe, which was sold to the Failing New York Times for 1.3 BILLION DOLLARS (plus 800 million dollars in losses & investment), or 2.1 BILLION DOLLARS, was then sold by the Times for 1 DOLLAR. Now the Globe is in COLLUSION with other papers on a free press. PROVE IT!" Trump tweeted.

"There is nothing that I would want more for our Country than true FREEDOM OF THE PRESS," the president wrote online. "The fact is that the Press is FREE to write and say anything it wants, but much of what it says is FAKE NEWS, pushing a political agenda or just plain trying to hurt people. HONESTY WINS!"

Representatives of the media have termed Trump's hostility and his provocation as dangerous and many news organizations have started hiring private security for their reporters who cover President Trump's rallies.

In its editorial, The Boston Globe said that labeling the press as the enemy of people was un-American and dangerous.

Trump's allies and supporters have backed the President in his war against the media and crowd is seen chanting "CNN sucks" slogans at his rallies. CNN has an open hostility towards the President and its reporters often clash with the President's Press Secretary during White House's regular briefing.

The White House defended the President against the media criticism, saying that the administration was committed to a "free press."