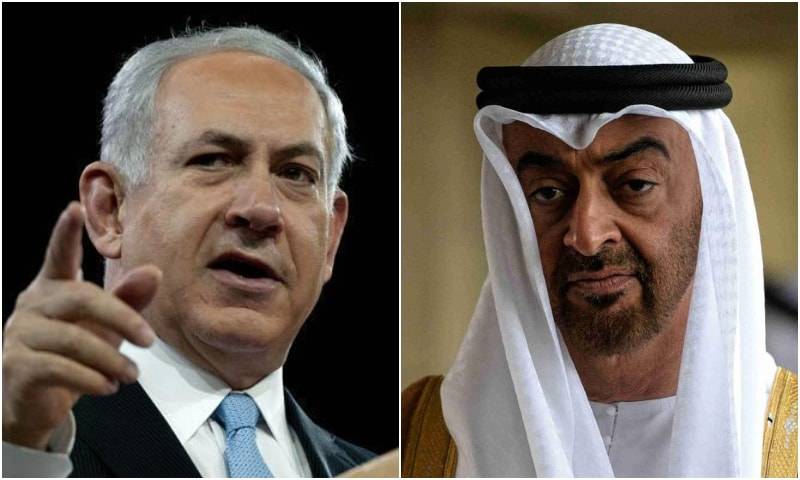 The United Arab Emirates (UAE) and Israel do not share any border but they share a common enemy called Iran, and this strong mutual bond has brought them to strike a, what is being dubbed historic deal. Soon, the Gulf country and the Zionist state will have full diplomatic relations, and proper tourism and trade relations. With this, the UAE becomes the third Arab country (after Jordan and Egypt) to recognize Israel ditching the Palestinian cause.

The so-called peace deal was announced by US President Donald Trump on August 13 in the presence of UAE and Israeli representatives. The deal did not come out of the blue as both countries had been working on it through background channels and had undertaken certain intelligence-related projects to counter Iran.

The deal provides the only thing to the UAE to brag about in front of the impotent Arab League that Israel has agreed to stop the annexation of the West Bank, the territory that is the dearest to Palestinians after Jerusalem, the site of sacred Aqsa Mosque.

The gain for Israeli Prime Minister Benjamin Netanyahu is that he has exposed the fact to his right-wing faction that Arab countries can be brought into diplomatic ties without giving them anything tangible. Earlier, the Arab world used to seek the revival of pre-1967 Palestinian borders in return for normalization of ties with Israel. But with the inception of King Salman in the KSA, things have started coming out unexpectedly. Moreover, he has announced that the annexation plan is very much intact and soon, and it is not off the table. So, it is a matter of time before or after the Israeli elections, the annexation of the West Bank will take place.

The deal offers a win-win to US President Donald Trump who hopes to win the support of ultra-right voters in the upcoming elections. The recent poll suggested his popularity graph going down in the wake of his irresponsible response to the Covid-19 epidemic.

Until a few years ago, Arab nations, including the UAE, have voiced their support for Palestinians and denounced Israel’s continuous policy of thwarting talks on a two-state solution and making Jerusalem as the capital of Palestine. President Mahmoud Abbas of the Palestinian Authority has called the deal as a betrayal by the UAE.

Iranian President Hassan Rouhani and Turkish President Tayyip Erdogan have called the Israel-UAE deal a ‘huge mistake’ and an act of “strategic stupidity from Abu Dhabi and Tel Aviv”.

Saudi Arabia has been silent on the development, while other Gulf countries – Bahrain and Oman have welcomed the deal.

Israeli officials say that soon Bahrain and Oman will follow the UAE in recognizing the existence of Israel as a diplomatic partner, while some American circles are hopeful that Saudi Arabia will follow the suit and announce establishing diplomatic ties with the Jewish state.

The development has caught Pakistan between the devil and the deep blue sea. If Pakistan opposes the deal, like Iran and Turkey, it will anger the UAE, which provides jobs to millions of Pakistani laborers and helps generate remittances. If it supports the move, it will weaken its Kashmir cause. So, in an ambiguous and carefully crafted statement, the Foreign Office said the deal would have far-reaching implications and that Pakistan still supports Palestinians’ right to have a separate state.

In the emerging situation, Pakistan needs to look for some other revenue channels instead of relying on the Gulf countries. Things are changing and moving to the bitter side.