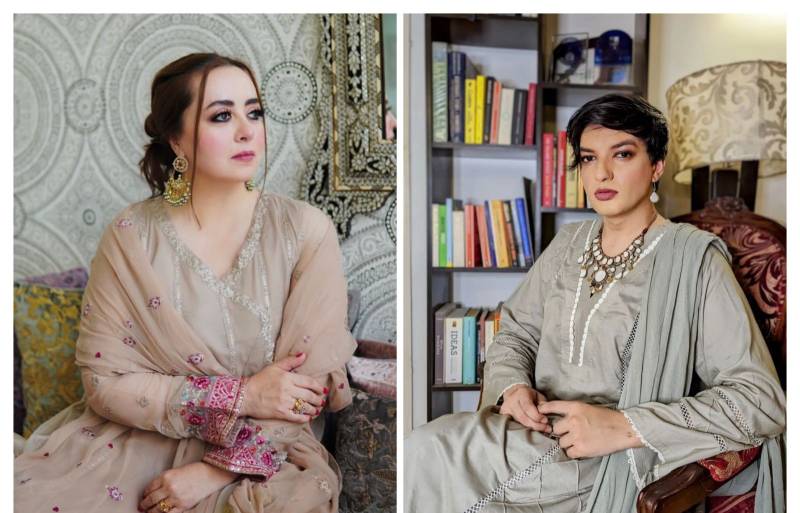 Escaping social media wars and verbal diarrhoea on the internet is almost impossible nowadays. The latest fiasco that has plunged the people into an inclusive debate is the removal of Dr Mehrub Moiz Awan from the TEDx conference.

Trans activist and popular social media influencer Mehrub Moiz is a prominent face of the Khwajasira community. A researcher, and policy specialist by profession, she was removed from the panel of speakers at the TEDx conference that is scheduled to take place at the International School Lahore on August 20.

According to a series of tweets by Mehrub, the private institution has attributed her removal to the disapproval some parents showed at having a transgender speaker.

their kids. This is the International School Lahore btw. No objections to the talk, no additional censorship, just flat out refusal because "parents ko aitraaz hai k koi transgender talk day"

Is this even legal? And if it is, is this censorship?

Finally censored for being trans and barred from speaking at TEDx ISL where I was slated to speak this 20th of August 2022 at ISL in Lahore - a thread #TEDxIsTransphobic#ISLisTransphobic#BoycottTEDxISL pic.twitter.com/lZwGPVXJp5

I hope that the other speakers stand in solidarity and walk out of the TEDx because transwomen in Pakistan have stood for all the causes that are being represented by them. My talk wasn't about me - it was about the racist colonial legacy of transphobia in Pakistan

A train activist being barred from speaking at TEDxISL has sparked outrage on social media. While many have stepped forward in support of Mehrub, known fashion designer Maria Butt has shown her approval of ISL’s decision.

Explaining that her daughter is a student at ISL, Maria stated that the parents have a right to decide the right role models for their children. She called Mehrub “a man transitioning into a woman in Pakistan” and that children should “need to know the difference between genderless and the trans community.”

Maria claims Mehrub is “unaware of Pakistani people’s misconceptions about the transgender community” and has therefore blurred the definitions of what it means to be transgender, a hermaphrodite, and a part of the Khwajasira community.

Now, Mehrub has also tweeted back and responded to Maria’s misconceptions about the Khwajasira community, “I've always said transphobia is and will always be perpetuated by the elite bourgeois but hidden behind overzealous religious vigilantes… It allows them to maintain their riches and hegemony in a highly unequal society while hiding behind morality and public sensitivities.”

Today is a great day to be Maria B the designer whose claim to fame is using homophobia and transphobia after mistreating her house help during COVID.

Please appreciate how hard she's used the 2 brain cells that she has to psychoanalyze me.

However, other four speakers from the panel have already boycotted the event, including historian Ammar Ali Jan and educationist Ghazi Taimoor.

Supermodel Iman Aly has been slammed after her controversial remarks where she equated being a transgender person with ...