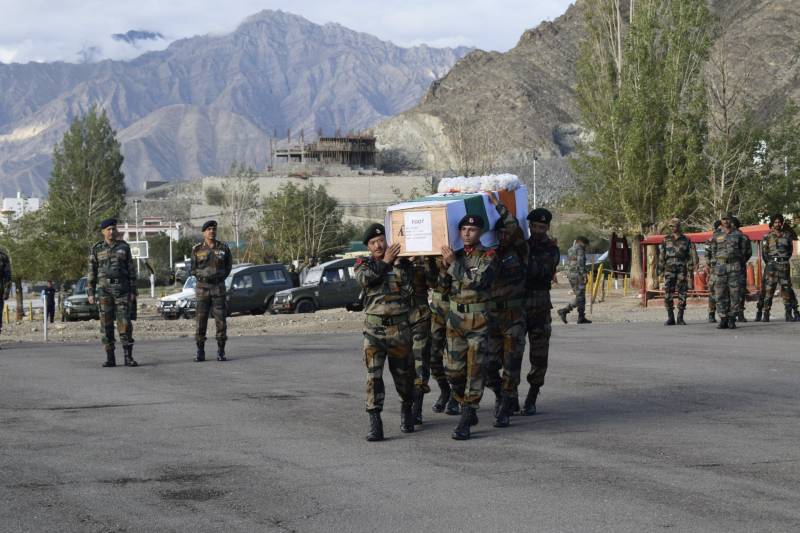 NEW DELHI – The dead body of an Indian soldier was found 38 years after he went missing after an avalanche on Siachen, one of the largest glaciers outside the polar regions located in the eastern Karakoram range.

The remains of Chandrashekhar Harbola were uncovered in a bunker by northern command of the Indian army in the eastern Karakoram mountain range.

The deceased went missing in May 1984 when the glacier turned into a battleground amid conflict between Pakistan and India.

A patrol of #IndianArmy recovered the mortal remains of LNk (Late) Chander Shekhar who was missing since 29 May 1984 while deployed at #Glacier due to an #Avalanche.@adgpi@DefenceMinIndia@IAF_MCC@easterncomd@westerncomd_IA @IaSouthern @SWComd_IA @artrac_ia pic.twitter.com/NJybIHYdfI

The Indian army said the troop’s identification disk bearing his army number was found with his corpse, saying his remains were handed over to his family.

As his mortal remains were brought home today on Wednesday, the family and other members paid their last respect. His remains were taken to Ranibagh for cremation.

This is not the first time that a soldier's body has been found on 'world's highest battlefield' as the remains of another Indian troop were found in 2014, nearly 2 decades after he went missing.

Siachen glacier has historically been at the center of a territorial dispute between two nuclear-armed neighbors, while thousands of armed forces personnel have died on the glacier mostly due to avalanches, landslides, frostbite, and other medical issues.

In the year 2012, at least 140 Pakistani soldiers were martyred at the high-altitude Gayari base.