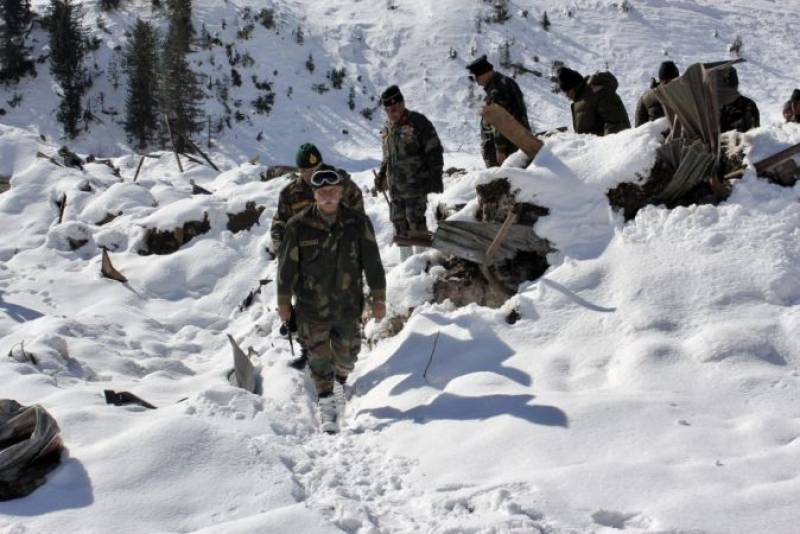 According to international media reports around ten Indian soldiers were missing after an avalanche struck the Siachen glacier in Indian-administered Kashmir on Wednesday.