From France to US, PTI supporters hit the streets against Imran Khan’s ouster 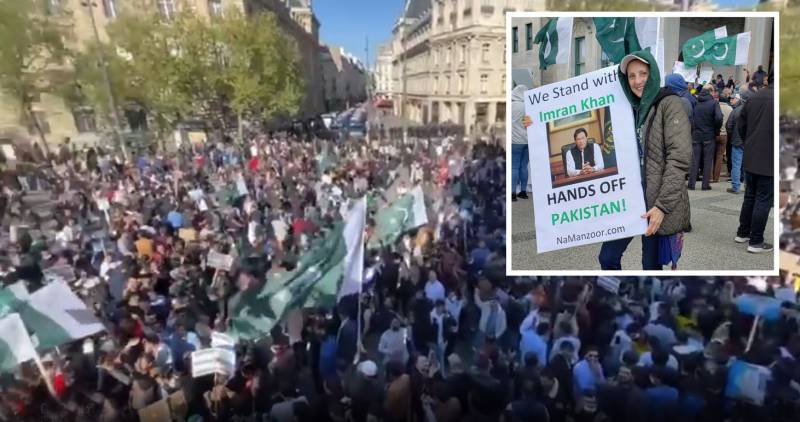 PARIS/WASHINGTON – The removal of former Pakistani premier Imran Khan has set the South Asian country on an uncertain political path, with his supporters taking to the streets not only in the country but also abroad.

PTI Chairman, who was brought down after the joint opposition coalition voted in a no-confidence motion, reiterated his resolve to lead protests and take masses to roads until PML-N-led government announces fresh polls.

Meanwhile, the supporters of center-right PTI also staged a protest in Hartford Connecticut against Khan's ouster from power. People from different walks of life attended the protest, and several creatives placards were also seen along with Pakistani flags.

In a show of strength and a precursor to the political uncertainty ahead, PTI supporters also protested in UAE, Turkey, Spain, and other countries against the new leadership that according to them colluded with the US to oust Mr. Khan.

More than two dozen Pakistani nationals were also arrested and later released, for protesting the ouster of the PTI Chief at Istanbul’s Taksim Square.

ISLAMABAD – As former PM Imran Khan has called for rallies to mobilise supporters after his ouster, Pakistani ...

Meanwhile, rallies have also been organized in various cities in Pakistan as Karachi and Peshawar witnessed huge gatherings.

The former PM is also expected to announce a ‘bigger surprise’ than his previous ones at a public rally in the country’s cultural capital Lahore on April 21.