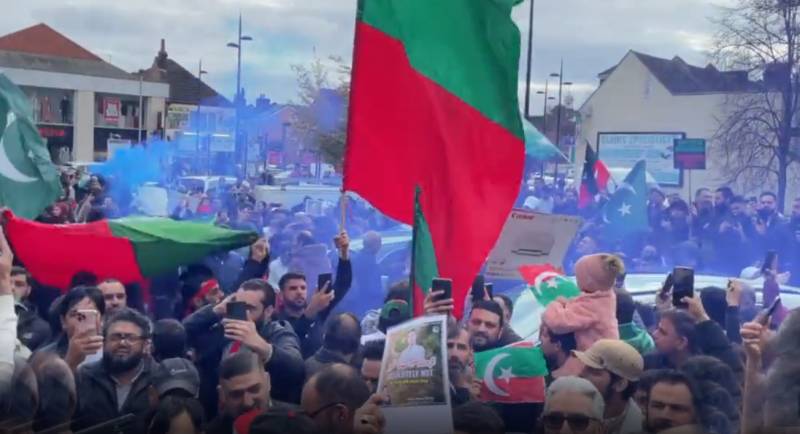 ISLAMABAD – As former PM Imran Khan has called for rallies to mobilise supporters after his ouster, Pakistani missions in the United Arab Emirates and Turkey have warned the local community not to stage any protest or else they can face the music.

The development comes days after the PTI chairman who had been determined to fight back, called for power shows by his party workers and supporters.

A press release issued by the Embassy of Pakistan in Abu Dhabi cited “This is to bring to the notice of all Pakistanis in the United Arab Emirates that processions and protests are illegal in this country.”

“Anyone breaking the law is bound to face serious legal consequences, therefore the community members are advised to strictly abide by the local laws,” it further added.

Earlier, Pakistan’s mission in Turkey also cautioned its nationals not to take part in political activities without taking permission from Turkish authorities.

On April 12, more than two dozen Pakistanis were detained in Turkey for staging a protest without permission. Pakistani social activist and lawyer Jibran Nasir shared the news on social media, saying that Turkish authorities have now released the detained Pakistanis.

He thanked the Pakistani diplomats in Turkey who worked hard to ensure the release of the detained Pakistanis who turned out to express support for the cricketer turned politician who was ousted through a no-confidence motion.

Meanwhile, Pakistan Tehreek-e-Insaaf supporters, who alleged a foreign conspiracy behind Khan’s ouster, are staging protests around the world.