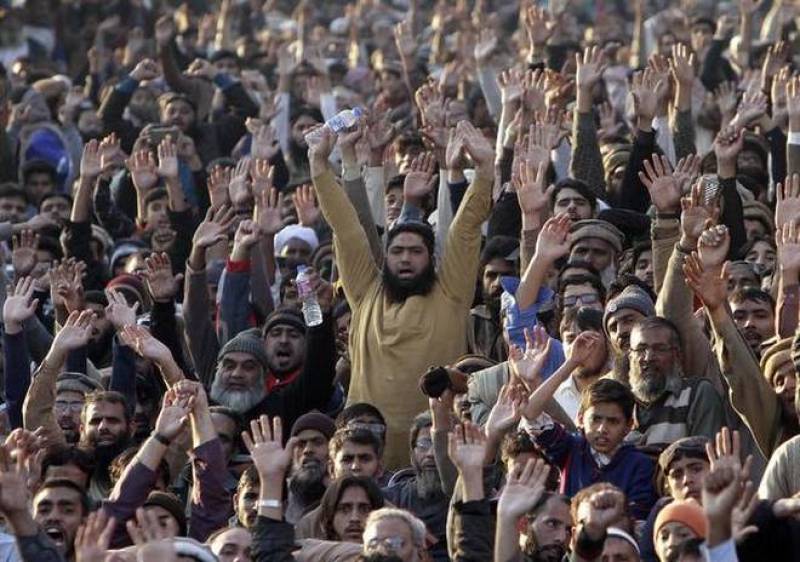 LAHORE - Thousands of religious parties' workers have rallied in two major cities of the country to condemn the US President Donald Trump for declaring Jerusalem Israel’s capital.

The supporters of the Jamaat-e-Islami in Karachi and advocates of Hafiz Saeed in Lahore dispersed peacefully after rallying on Sunday for the Palestinian cause.

Hafiz Saeed said that Muslims the world over should put aside any differences and unite around the cause of “liberating” Jerusalem.

Protests have persisted in Pakistan since Trump’s announcement angered Muslims across the world.

Jamaat-e-Islami (JI) Ameer Siraj-ul-Haq, called on all Muslim nations to suspend diplomatic ties with the US until it reconsiders its Jerusalem decision.

He said the Islamic Military Alliance (IMA) should have made the liberation of occupied al-Quds on top priority in their agenda.

“IMA should have an agenda and its agenda should have liberation of al-Quds on top priority,” JI Ameer said while addressing a gigantic crowd during ‘Al-Quds Million March’ rally in Karachi.

He said the Organisation of Islamic Cooperation (OIC) would have to go beyond issuing statements only and take practical measures to liberate the Qibla-e-Awwal.

ANKARA - Turkey will open an embassy in East Jerusalem, President Tayyip Erdogan has said, days after leading calls at ...