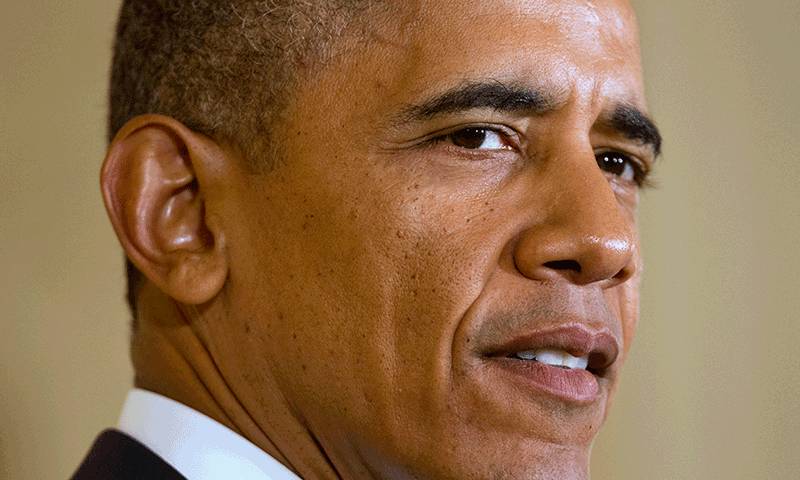 WASHINGTON (APP): A judge in Texas has blocked US President Barack Obama's executive order providing millions of undocumented foreigners with protection from deportation.

The White House quickly called the decision wrong, saying the president had acted within his legal authority and that the administration will appeal.

The order came from Judge Andrew Hanen of the Federal District Court in Brownsville, Texas in response to a suit presented by that state and 25 other Republican governors and attorneys general, the Washington Post and New York Times reported Tuesday.

The Post said the order seeks to postpone implementation of the order issued in November until a trial on its legality can be held.

The president's plan would offer protection from deportation and work permits to as many as five million undocumented immigrants.

The first of those initiatives was to have started receiving applications on Wednesday.

Hanen said the Obama administration had not complied with basic administrative procedures for putting such a broad program into effect, the Times said.

The Obama administration says the president has acted within federal authority for a president to enforce immigration laws.

In a statement issued overnight, the White House reiterated its stance.

Some 11 million people live in the United States without residency papers, many working in the underground economy.

The Justice Department and other authorities believe Obama acted legally, and that his policies will benefit the economy, the White House statement said.

“The district court's decision wrongly prevents these lawful, commonsense policies from taking effect and the Department of Justice has indicated that it will appeal that decision,” the statement said.

However, Texas and the other states said the executive measures amounted to a heavy handed order that imposes big costs on state budgets.

Hanen said the president's policies had been costly already.

“The court finds that the government's failure to secure the border has exacerbated illegal immigration into this country,” Hanen wrote, the papers said.

"Further, the record supports the finding that this lack of enforcement, combined with the country's high rate of illegal immigration, significantly drains the states' resources."

Under the Obama plan, three-year deportation deferrals and work permits were offered for undocumented immigrants who have not committed serious crimes, have been in America at least five years and have children who are American citizens or legal residents.

But Hanen accused the administration of being “disingenuous” when it said the president's initiatives did not significantly alter existing policies.

Hanen said the programs were “a massive change” affecting “the nation's entire immigration scheme and the states who must bear the lion's share of its consequences".