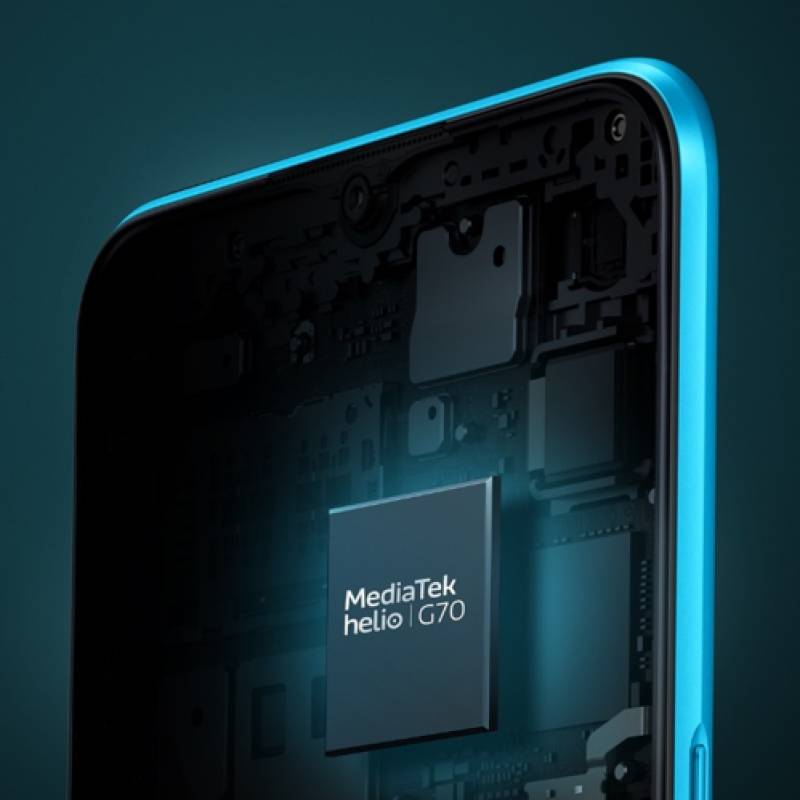 LAHORE – realme announced its entry-level C3 smartphone few weeks ago in international market and now the company is teasing the handset in Pakistan. It appears that the Pakistani market will get a different version with one extra camera but thankfully it will be the one with the first Helio G70 quard-core chipset.

The official realme Facebook in the country outlines some of the key specs of the phone and "triple camera" is one of them. The currently released version features a 12MP main camera and a 2MP secondary one so we would assume that those two are to stay but we don't know anything about the third one just yet.

realme is partnering with various universities in order to have a campus launch event. Focusing on youth and representing youth philosophy this type of campus launch will be one of a kind in Pakistan.

The realme C3 is set to arrive in two configuration variants: 3GB RAM with 32GB storage and 4GB RAM with 64GB storage alongwith the presence of Helio G70 chipset inside. The smartphone is housed with 5,000mAh battery capacity. It is undoubtedly a huge battery and to put things in perspective, combining the high performing chipset with massive battery the device has been publicized internationally as “Gaming Monster” it is claimed to offer up to 30 days standby time, 43.9 hours call time, 19.4 hours music streaming, 20.8 hours YouTube playback, and 10.6 hours of PUBG gaming.

The upcoming budget smartphone will have a 6.5-inch Mini-drop Fullscreen display with Corning Gorilla Glass. The term "Mini-drop" here refers to the small dot-like notch that is present on the front panel. The phone is said to offer an 89.8% screen-to-body ratio suggesting that there will be slim bezels.

It is an AI-powered camera setup which means there will be a few useful camera features to deliver better output. Some of these include Chroma Boost, slow-motion video recording, HDR mode, and selfie panorama mode.

Notably, the Realme C3 would be the first smartphone with the Helio G70 chipset to launch in Pakistan, so it will be interesting to see how the company prices it. To recall, the Helio G70 chipset was launched recently aimed at offering better gaming performance in the budget and entry-level segment.

Realme is a technology brand that specializes in providing high quality smartphone with Dare-to-Leap experience. The brand was officially established on May 4, 2018 by its founder Sky Li, together with a bunch of young people with rich experiences in the smartphone industry. Realme is committed to offering powerful performance, stylish design, sincere services and exploring all the possibilities of smartphones.

As per Counterpoint, realme has become the Global TOP 10 Smartphone Brand at Q2, 2019. And its registered users had reached 10 million within only one year, making itself the most rapidly growing brand.

Realme has expanded globally to over 20 markets, such as China, India, Southeast Asia, Europe, Russia, Pakistan and Africa including Egypt.