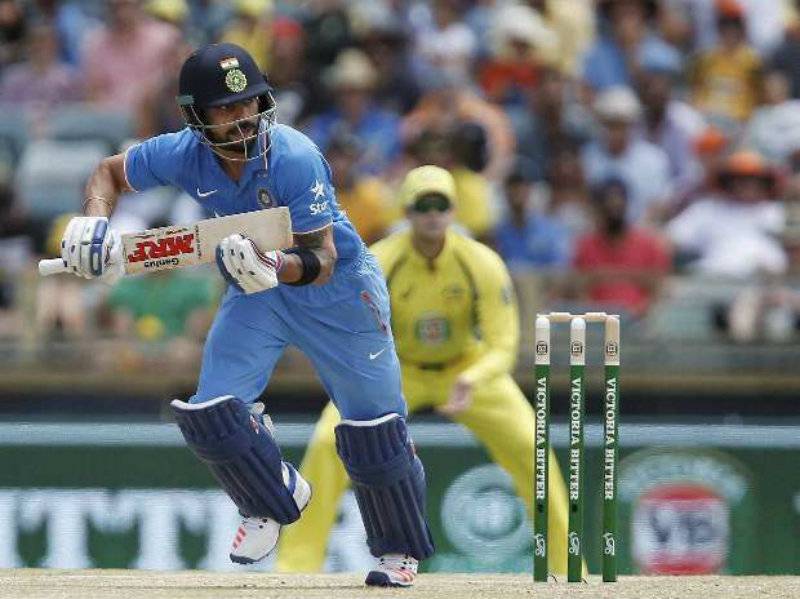 MELBOURNE (Web Desk) – Australia dominated with both bat and ball to defeat India by three wickets in the third One-Day International (ODI) at the Melbourne Cricket Ground (MCG) on Sunday.

Glenn Maxwell struck a scintillating 96 in a tricky chase to help Australia beat India and take an unassailable 3-0 lead in the five-match series.

Maxwell revived Australia´s chase for a 296-run victory target with a spectacular knock and by the time he was dismissed after an 83-ball blitz, scores were tied at the Melbourne Cricket Ground.

"It was nice to get a few out of the middle," the 27-year-old said at the presentation ceremony.

"I broke my number one bat which was a bit annoying. I have to call Kookaburra and try and get another one from them."

Virat Kohli had earlier struck a run-a-ball 117 to power India to a competitive 295 for six but the total was not enough in the end.

Put into bat, India suffered an early setback as the law of average caught up with opener Rohit Sharma who, after centuries in the last two matches, fell for six in the fifth over.

However, Shikhar Dhawan (68), now a Melbourne resident, batted himself back into form, raising 119 runs with Kohli before exposing his leg-stump which was pegged back by a John Hastings delivery.

At the other end, Kohli became the fastest to score 7,000-runs in one-dayers, taking five less than the 166 innings South African AB de Villiers needed to reach the mark.

The Indian test skipper found an able ally in Ajinkya Rahane (50), who notched up his second successive fifty, as the duo added 109 runs.

Hastings, who finished with a career-best 4-58, ended Kohli´s sparkling knock of 117 that included two sixes and seven boundaries.

Dropped on 20, Aaron Finch (21) could not make the most of the reprieve but Shaun Marsh (62) and skipper Steven Smith (41) added 64 runs to steady the Australia reply.

At 215-6, the hosts looked in trouble before Maxwell bailed them out with some uninhibited strokemaking.

Needing 65 runs off the last 10 overs, Maxwell hit Umesh Yadav for a six and a four in the 43rd over that produced 15 runs and proved the turning point in the thrilling contest.

Maxwell missed his second ODI ton but belted three sixes and eight boundaries in his stellar knock to claim the man-of-the-match award as the hosts romped home with seven balls to spare.