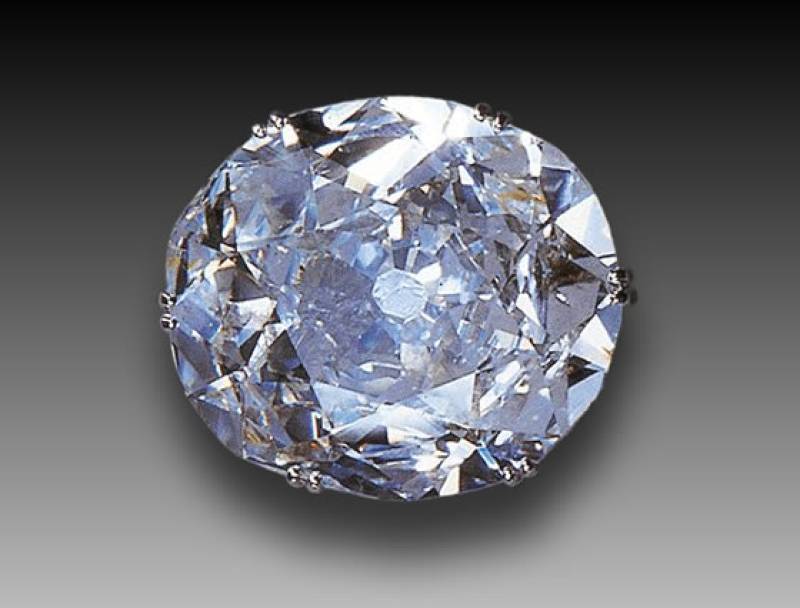 ISLAMABAD – A replica of the Koh-i-Noor, once the largest cut diamond in the world, has been put on display at the Pakistan Museum of Natural History (PMNH).

The Koh-i-Noor, which weighs 105.6 carats (21.12g), and is believed to have been mined from the Kollur mine, Golconda, India and was acquired by Alauddin Khalji, Sultan of Delhi.

The legendary diamond had also been part of the Mughal Peacock Throne (Takhat-e-Taoos) where it was lodged at the very top of the throne, in the head of a glistening gemstone peacock.

Persian ruler Nadar Shah invaded Delhi in 1739 and took the Peacock Throne along with other treasures but removed the Tamur Ruby and the Koh-i-Noor to wear it on his armband. The diamond remained in Afghanistan for almost 70 years after which, in 1813, Sikh ruler Ranjit Singh won back all the Indian land and brought back the Koh-i-Noor to India.

The Koh-i-Noor, which means "mountain of light", is a symbol of loyalty, grace, and affection, and is now part of the British royal crown.

ISLAMABAD - Information Minister Chaudhary Fawad Hussain has said that Britain must apologize to Pakistan, India and ...