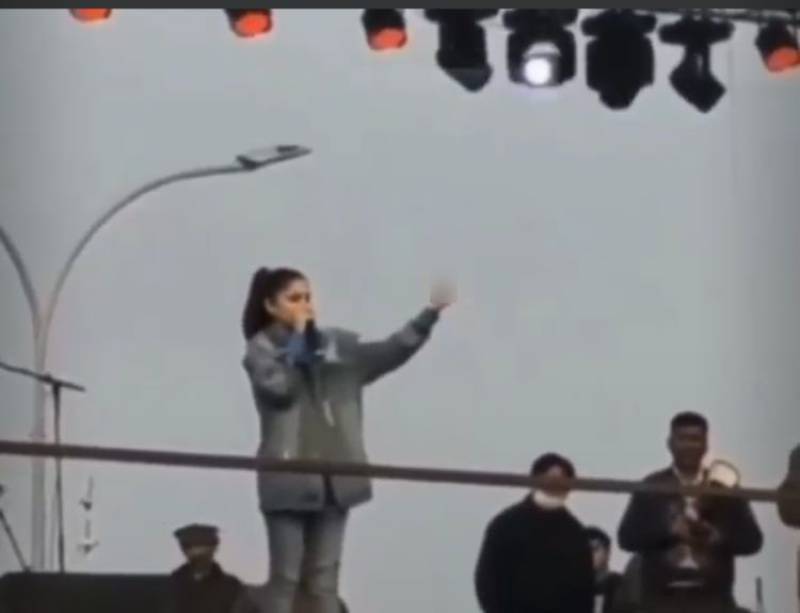 LAHORE – Days after inebriated young men harassed families at the event in Islamabad, Pakistani popstar Aima Baig is the latest performer to be forced to call a concert midway in wake of disruptive concertgoers.

In a viral clip from Aima’s recent concert in the country’s cultural capital Lahore, the 26-year-old singer can be seen hitting back at an attendee, who flashed middle finger amid music performance.

The singer got irked over the rude behavior and did not shy away from venting her anger. The Baazi singer, in response to the guy, also showed the middle finger however she clarified the reason for the mean gesture, saying she did it because someone in the crowd did it first.

Calling out the man over the incident, she said “I do not want to leave Lahore because of these persons”. The singer also called the spoiled brat Ganda Keera and said “We are also from Lahore, so don't underestimate us in any way”.

The crowd then apologized to the singer and also lashed out at the guy, who misbehaved with the singer.

The recent incident is not the first one as earlier in December 2021, Aima schooled a man for misbehaving with her, and the clip went viral on social media. In the previous incident, a front-row concert attendee misbehaved with the young star.

KARACHI – From time to time, celebrities display generous acts, and the latest to swear by the rule was Pakistani ...