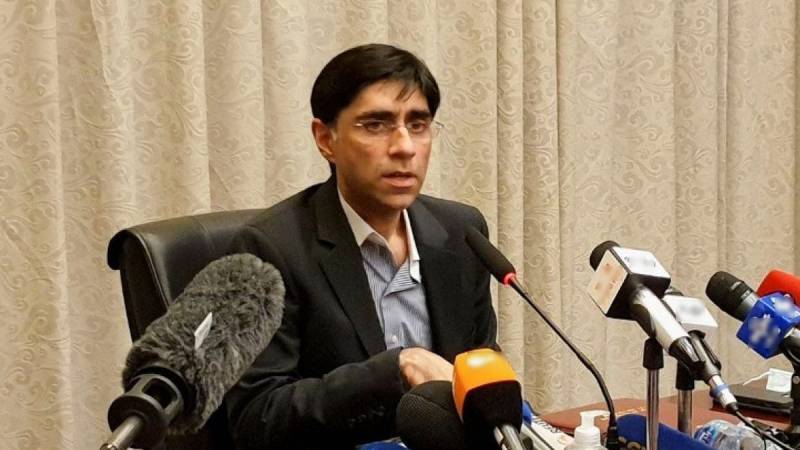 ISLAMABAD – Pakistan’s National Security Adviser (NSA) Moeed Yusuf is set to visit neighboring Afghanistan on Tuesday on a two-day trip for talks on various matters and a focus on Islamabad’s efforts to avert a humanitarian crisis in the war-ravaged nation.

Reports in local media said it will be the second high-level visit from Islamabad since the Taliban returned to power in Afghanistan.

NSA Moeed, who earlier slammed India for false promises of wheat crisis, will channel Pakistan’s humanitarian and economic assistance to Kabul in a manner that helps the Afghan interim authorities in combatting their key challenges amid sanctions.

Reports also claimed that Prime Minister Imran Khan, who repeatedly called on international authorities to aver humanitarian crisis in Afghanistan, directed NSA to visit the landlocked country. The delegation has been tasked to assess the on-ground situation and to evaluate the requirements of the locals.

The Pakistani delegation led by NSA will interact with Taliban leaders and would convey Khan’s message of support for Afghanistan.

The issue surrounding fencing along the Pak-Afghan border will also be discussed in wake of certain incidents in recent weeks in which Taliban foot soldiers removed the fence erected by Pakistan to ensure security through regulation of public movement.

Pakistani members are visiting the neighboring country at a time when distressed Afghans are at risk of food scarcity amid harsh weather. Last week, United Nations (UN) launched the biggest-ever appeal for any country in history, seeking $5 billion for Afghanistan in 2022.

UN also warned that if Afghans are not aided immediately, $10 billion would be required by next year to mitigate the looming humanitarian crisis.

Meanwhile, Pakistan, on its part, is offering all possible assistance to Afghanistan, including the provision of wheat and other essential goods. Islamabad is also keen to help Afghanistan revive its fragile economy.