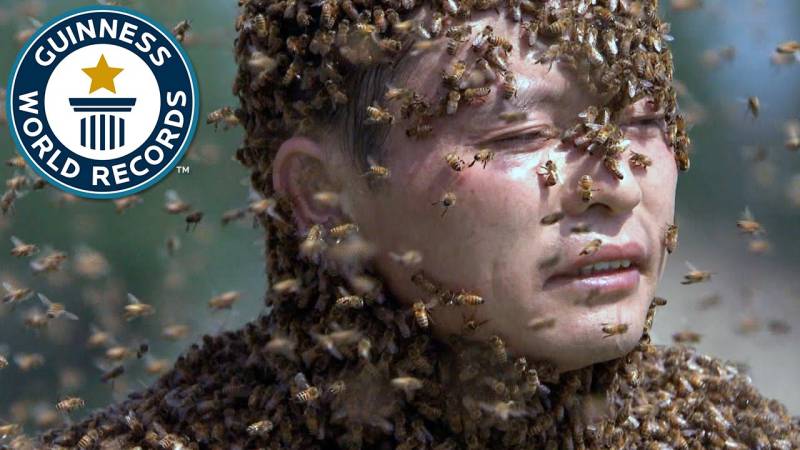 BEIJING – A daring Chinese man Ruan Liangming has etched his name in history books after covering his entire body with more than 637,000 stinging insects in a nerve-wracking attempt.

Liangming, who hailed from Fengxin county in China, is known for multiple records of ‘bee bearding’. The record was created back in 2016 while the daring clip is again creating a buzz after recently being shared online.

The clip shows him creating the dangerous “bee beard” – a carnival act that dates back to the 19th century.

The world record holder revealing his secret behind the jaw-dropping attempt said he becomes immune to the venom of stinging insects for working as a beekeeper for nearly 2 decades. He also mentioned that only his feat left him feeling tired and itchy.

SYDNEY - The world record for the most sky-diving Santas was broken in Sydney after 155 daredevils donning Saint Nick's ...