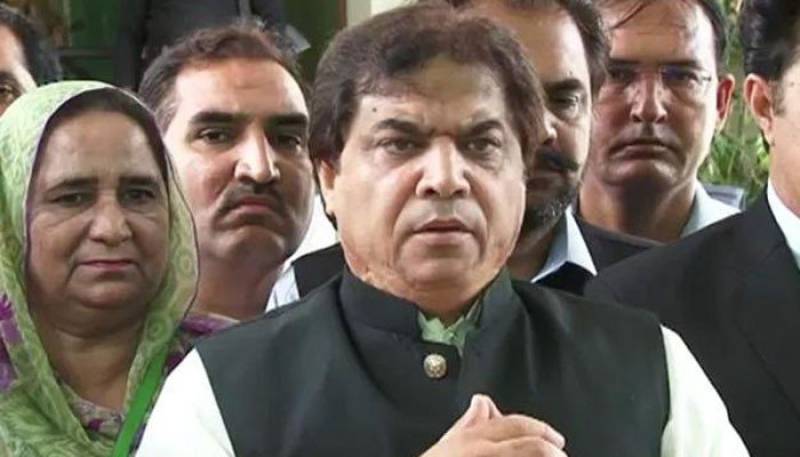 ISLAMABAD - The Supreme Court on Tuesday turned down an appeal filed Pakistan Muslim League-Nawaz (PML-N) leader Hanif Abbasi against a high court order directing to conclude the ephedrine case against him by July 21.

The petition was heard by a two-member bench, including Justice Azmat Saeed Sheikh. During the hearing, Abbasi's counsel Kamran Murtaza argued that the case was to be heard on August 2 by the trial court.

He added that the Lahore High Court's Rawalpindi bench, on the petitioner Shahid Orakzai's request, directed the lower court for conducting the swift trial in the case and ordered it to conclude the case on July 21.

Murtaza argued that the high court has no authority to re-schedule the trial date, to which, Justice Ijazul Ahsan remarked that in fact, under Article 203 of the Constitution, the LHC has the authority for it.

On July 11, the high court passed an order to conclude the smuggling case by July 21 and ordered the trial court to hold the daily hearing in the case from July 16.

Abbasi, who will be facing AML chief Sheikh Rasheed in NA-60, Rawalpindi during elections, faces charges of misusing 500kg of the controlled chemical ephedrine which he obtained for his company, Gray Pharmaceutical, in 2010.

The Anti-Narcotics Force (ANF) had registered a case against Abbasi and his accomplices in June 2012 under various sections. The department claimed that Abbasi sold the ephedrine to narcotics smuggler who used it to produce drugs.

The case is being heard by a Control of Narcotics Substances (CNS) Court in Rawalpindi. Abbasi and the other suspects were indicted in 2014 by the CNS Court.