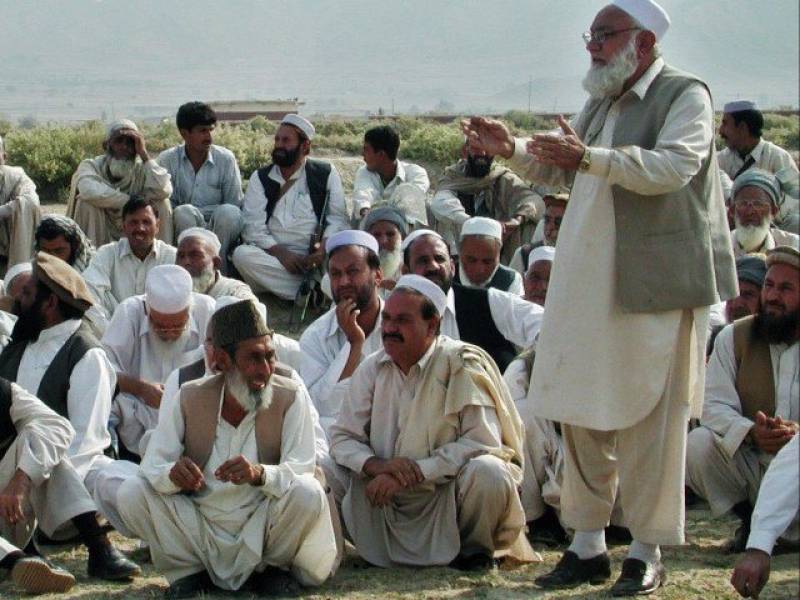 KARACHI (Web Desk) - A tribal court in Sindh has convicted a 10-year-old boy of having an affair with a married woman in her late 30s and ordered him to pay a fine of $7,000, police said Tuesday.

The incident occurred Monday in the remote village of Bakhrani in Sindh province, 510 kilometers (320 miles) north of Karachi.

"The 10-year-old was caught having an extramarital affair with a lady from another tribe, which created bad blood between the two tribes," a local police official requesting anonymity told AFP.

"The boy's family paid Rs50,000 ($500) up front and undertook to pay off the remaining amount within three months," he added.

The chief police officer of the district, Umar Tufail, confirmed the incident but said the tribal court's decision was illegal and was under investigation.

"It has come to our knowledge that a jirga was held to solve a dispute regarding an extramarital affair. We are looking into the incident as jirgas are illegal," he told AFP.

The woman could, however, be prosecuted for sexual assault or unnatural sexual acts, lawyer Sundas Hoorain told AFP. Adultery is also a crime but rarely prosecuted.

Jirgas typically take the form of a council of male elders assigned to resolve disputes.

They have repeatedly come in for criticism for issuing controversial decisions, including forcibly marrying off young girls to end family feuds.

In July 2013 Pakistan's Supreme Court declared the jirgas illegal and asked provincial authorities to clamp down on them.

But they persist in rural areas as a dispute settlement mechanism for people without the means to use regular courts.