Fourth wife will be selected by the first three spouses 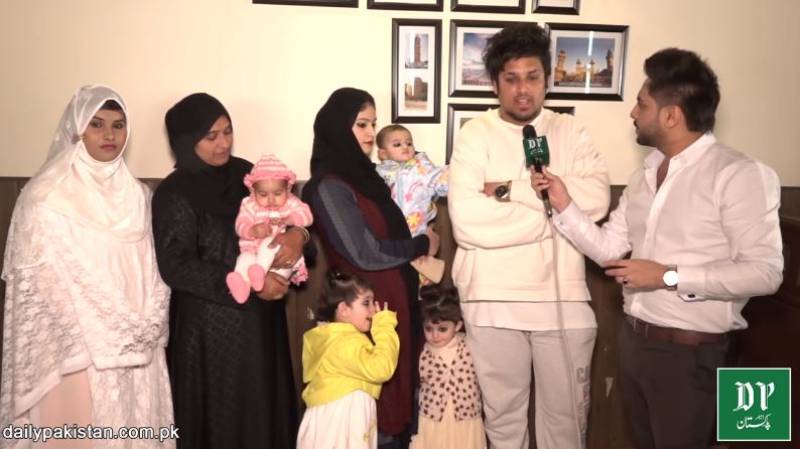 Sialkot’s Adnan “AD” Butt is a unique individual in the Pakistani society. He has three wives and is looking for a fourth one. But that’s not what makes him unique.

Although he has the right to have four wives according to Islam, AD opted to marry a widow for his third wife and his spouses say they would prefer a fourth one (for whom they are searching) to be either widowed or divorced as they have equal right to remarry and live in a family as happy and cooperative as theirs.

Daily Pakistan correspondent Yasir Shami had interviewed AD along with his three wives earlier, but there were many questions that had been left unanswered the first time. To get these answers, Daily Pakistan interviewed the family again and this time, we got all our questions answered.

First wife Sumbul said she had consented to Adnan remarrying for his happiness. She said if he was happy, she was too. She quoted the Prophet’s hadith that if sujood were allowed for a human being, it would be to the husband by his wife.

The three women – Sumbul, Shabana, and Shahida (in order of marriage) – say they live as sisters and consider Sumbul the eldest as she was the first wife.

Shahida, the former widow, said she had gone through a rough life as her parents had died some years ago and after her first husband’s death, her siblings had left her alone. That was when her mother-in-law (first husband’s mother) arranged for her to be married to AD.

Shabana, the second wife, who is equally happy with the arrangement, said the two elder wives try to keep Shahida from feeling the void of her siblings and they live as sisters and take care of each other.

The three women said if one of them has an argument with AD, the other wives ask him to let it go and facilitate reconciliation between them.

AD added that he had multiple talents other than his three marriages and successful car business, he said he was also a singer and was going to release his first single in the coming days.

On the question of a fourth marriage, AD said he respected their wish for the fourth wife to be divorced or widowed. He added it was his wives who were looking to complete the family with a fourth wife for him and he was not active in the search. He said he would not say no.

KARACHI – A 90-kg heavy woman and her husband are talk of the town for breaking the taboo of body shaming in ...