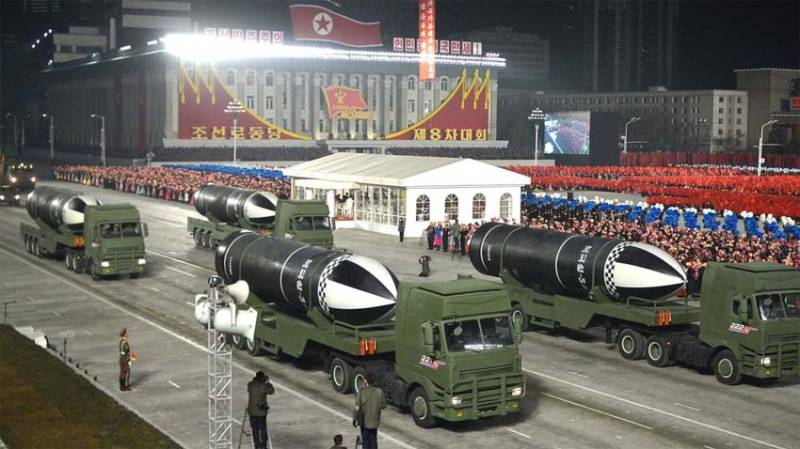 PYONGYANG – North Korea has unveiled a new type of submarine-launched ballistic missile at a parade overseen by leader Kim Jong-un.

The missile which could be launched from a submarine is described by the state media as “world's most powerful weapon”.

After the parade, a political meeting was held wherein Kim decried the United States as his country's biggest enemy.

The unveiling comes days before US president-elect Joe Biden is set to hold the office.

The display of military might comes at the end of a five-yearly congress of the ruling Workers' Party.

Last week, Kim in his address had vowed to expand North Korea's nuclear weapons and military potential, outlining a list of desired weapons including long-range ballistic missiles capable of being launched from land or sea and "super-large warheads".

TOKYO - As many as 200 North Korean labourers have been killed after a mine shaft being dug at the regime's nuclear ...