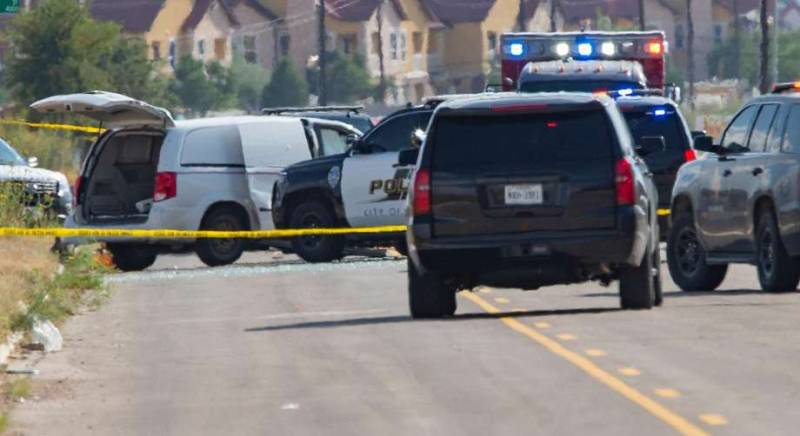 TEXAS – An armed gunman opened fire in the US state of Texas, leaving at least five people and wounding another 21 before dying in a shootout with police officers on Saturday.

According to media reports, the incident occurred in the West Texas cities of Midland and Odessa. The police identified the suspect as a white man in his mid-30s, who hijacked a US postal truck and opened fire at random. However, the police have not informed about his name or the reason behind the mass shooting.

Three police officers were also wounded in the attack.

Odessa city Police Chief Michael Gerke has confirmed the reporters that at least five people were dead in the attack by saying that "We have at least 21 victims, 21 shooting victims and at least five deceased at this point in time".

The Odessa Police Department troopers had initially tried to pull over a passenger vehicle on the Interstate 20 highway after being reported that a suspect was "driving around Odessa shooting at random people" and "just hijacked a US mail carrier truck."

But before it stopped, "the male driver (and only occupant in the vehicle) pointed a rifle toward the rear window of his car and fired several shots toward the DPS patrol unit," the Texas Department of Public Safety said in a statement.

Police said the suspect died during an exchange of fire with law enforcement at a movie theatre in Odessa.

US President Donald Trump tweeted that he had been briefed by Attorney General Bill Barr.

Just briefed by Attorney General Barr about the shootings in Texas. FBI and Law Enforcement is fully engaged. More to follow.