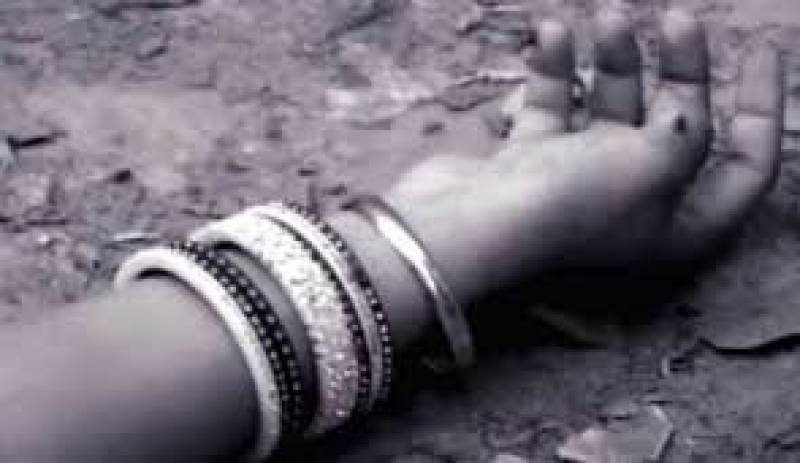 LAHORE (Web Desk) - A pregnant woman has been killed by her parents after she married against their will near the provincial capital, police said on Friday.

This marks the country’s latest “honor" killing following a string of recent incidents that have sparked national outrage.

According to the Express Tribune report, Muqaddas Bibi, 22, married Taufiq Ahmed three years ago in defiance of her family, who considered a marriage for love — rather than an arranged marriage — shameful, police investigator Mohammad Arshad told AFP.

Two brothers to be hanged over ‘honor killings’

The deceased's ties with her family were severed after the marriage, Arshad said, but her mother and brother allegedly approached her at a clinic where she was getting a check-up on Thursday and convinced her to come home, saying that they had accepted her decision.

Local police station chief Gohar Abbas said that when Bibi reached her parents’ house, her father, brother and mother cut her throat with a knife and she died on the spot.

Bibi had a 10-month old daughter and was seven months pregnant when she was killed, he added.

Abbas said that her family fled their house after the murder in the village of Buttaranwali, some 75 kilometres (46 miles) north of Punjab's provincial capital of Lahore.

Honor killings can be prevented by strict penalties: Sharmeen

Police are hunting for them and have already detained another relative for inciting the killing, he said.

Hundreds of women are murdered by their relatives in conservative Pakistan each year on the pretext of defending what is seen as family honor.

While legislation protecting women from violence and criminalizing offenses against women such as honor killing have been on the federal statute books for a few years, efforts to pass similar laws at the provincial level have been stalled.

Most recently, a comprehensive women's protection bill passed by the Punjab assembly was not signed into law by the Governor after religious parties threatened nationwide protests.