This tree has been under arrest for the past 118 years 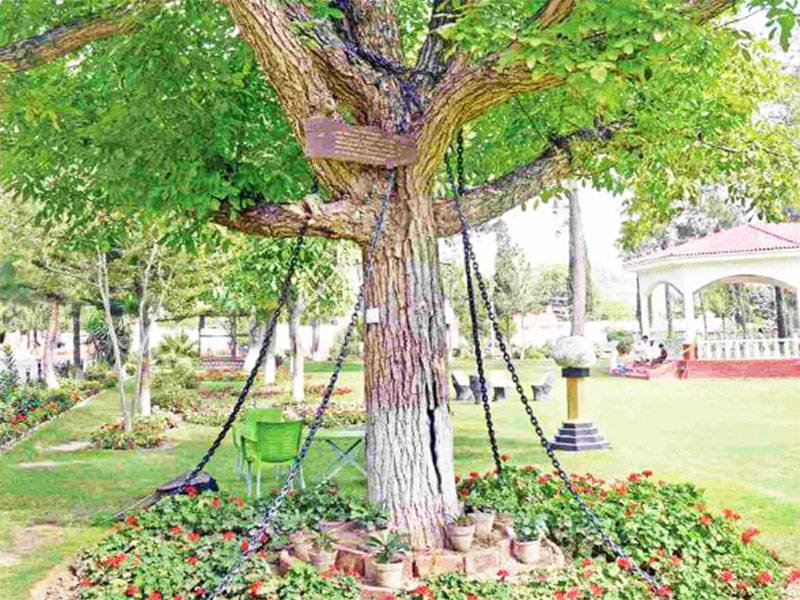 LANDI KOTAL (Web Desk) - You must have listened to the stories about humans being chained for wrongdoing but let us tell you a story about a tree that is "Under Arrest" from last 118 years.

Keeping humor aside, the flabbergasting story of a tree fettered in chains is a real one.

The Banyan tree that still stands tall in Khyber Agency has a tragic tale that gives us a glimpse of the colonial mindset.

The tree was put under arrest  in 1898, when a British army officer, James Squid, under the influence of alcohol, thought that the tree was moving towards him. Threatened by the tree's movement, the officer decided to teach a lesson to the offender and issued arrest warrants of the tree.

And much to your surprise, not only warrants were issued, the multi-limbed banyan tree was physically arrested with chains.

Locals say that the captive tree is a symbol of the draconian British Raj Frontier Crimes Regulation (FCR) laws to teach resident a lesson about not obeying the British. The laws were drafted specifically for the purpose of countering Pashtun opposition to the British rule.

Although explorers don't miss a selfie with the punished tree but the story compels the locals and tourists alike to ponder upon the oppression of the British colonial rule, and appreciate the irony of the fact that the champions of human rights now have left such a brutal legacy in the places they ruled.