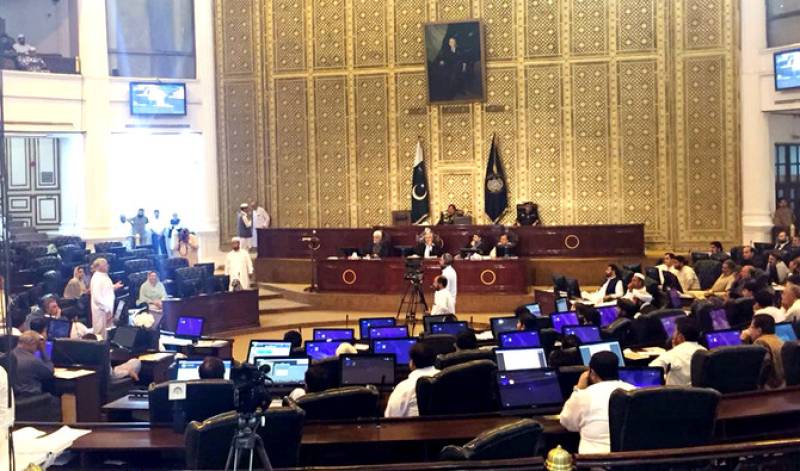 PESHAWAR - The government is all set to present its sixth budget in Khyber Pakhtunkhwa in a row for the year 2019-20 in the provincial assembly on Tuesday (June 18) as the treasury and opposition benches agreed over smooth sailing of the budget session in line with rich parliamentary traditions of the province.

Provincial Finance Minister, Taimour Salim Jhagra will present the first budget of the incumbent Government that came into power in July 2018 elections as the earlier five budgets were presented by the PTI’s its first instinct 2013-18 which was led by former Chief Minister Pervez Khattak.

The PTI made a parliamentary history in the province by securing a two-third majority in the provincial legislature after winning the general elections for the second time in a row.

The budget session would have a smooth sailing this time as the Government and Opposition parties have reached a consensus at a joint meeting called by Speaker KP Mushtaq Ghani a few days back. The parliamentary leaders agreed to go by the rich norms and traditions of the province during the course of the budget session.

The Finance Department sources said the budget volume for the next fiscal would be around Rs800 billion carrying over Rs200 billion ambitious development outlay for 2019-20.

The sources informed that Rs7.39billion have been proposed for 69 projects of the local government department in which 53 ongoing projects and 16 new would be funded which will cost around Rs8.47 billion.

For the health sector, the Government has proposed Rs11.69 billion for the execution of 115 development projects which included 44 new and 72 ongoing schemes.

In the education sector, the department has proposed the construction of 119 new schools besides the status of primary schools to 22 Maktab schools and upgradation of 52 schools. The Education Department has proposed Rs1.86 billion for the provision of scholarships to five lakh girls students in the province. The Education Department disclosed that around Rs7billion have been distributed among 2.4 million girls students across the province under the scholarship program.

The Energy Department has proposed 14 new projects for Annual Development Program 2019-20 with main focus on the construction of new hydropower projects, technical and petroleum institutes and setting up of the province own Provincial Transmission and Dispatch Company (PT&DC) for transmission of electricity generated from new construction units to the national grid on fast track basis.

Another mega project which would be included in ADP include purchase of land for establishment of a state-of-the-art Petroleum Institute of Technology at Karak with an estimated cost of Rs20 million besides construction of 96MW Batakundi HPP in Manshera costing Rs40 billion and building of more hydropower projects at suitable places with an estimated cost of Rs30 billion in different districts of Khyber Pakhtunkhwa.

Likewise, as many as 29 new projects have been proposed in the tourism, youth, culture and archeology sectors by the respective departments for which 6.6billion rupees were proposed. Sports grounds would be established at 1000 union councils of KP for which allocations have been proposed.