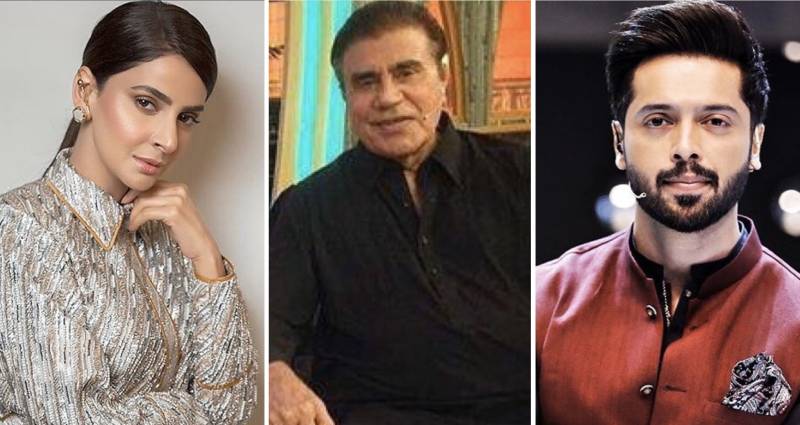 The 84-year-old began his career with Radio Pakistan in the 1960s and later became Pakistan's first television host.

Tariq Aziz’ notable works include his debut film Insaniyat, along with a few other such as Salgirah, Qasam Us Waqt Ki, Katari and Har Gaya Insan.

Aziz bagged the prestigious Pride of Performance Award by the government in 1992.He also served as a member of the National Assembly of Pakistan between 1997 and 1999.

Soon after learning about his demise, many celebs including Saba Qamar, Zara Noor Abbas, Vasay Chaudhary, Mawra Hoccane and others took to social media to offer their condolences.

Our media industry has lost a legendary host, actor & an exceptional human being.

#TariqAziz. The name. The show. No one can ever measure upto the grandeur of Neelaam Ghar. Thank you for contributing so much to Pakistani entertainment industry. May your soul rest in peace. Ameen!

A big part of my childhood. May you rest in peace sir. Thankyou for entertaining us with your game shows & so much more❤️
“Dekti aankhon or suntay kanon ko#TariqAziz ka salam” 🤲🏻

Inna lillahi Wa Inna Ilayhi Rajioon ! Another legend departed. He was a pioneer broadcaster, host and actor. He was a name known in every household in Pakistan. May Allah bless him eternal peace #RIP #TariqAziz #legendsofpakistan #PTV pic.twitter.com/kbvmkajZbw