Did China abandon Pakistan in FATF and how does Beijing plan to help Pakistan? Chinese ambassador reveals the truth 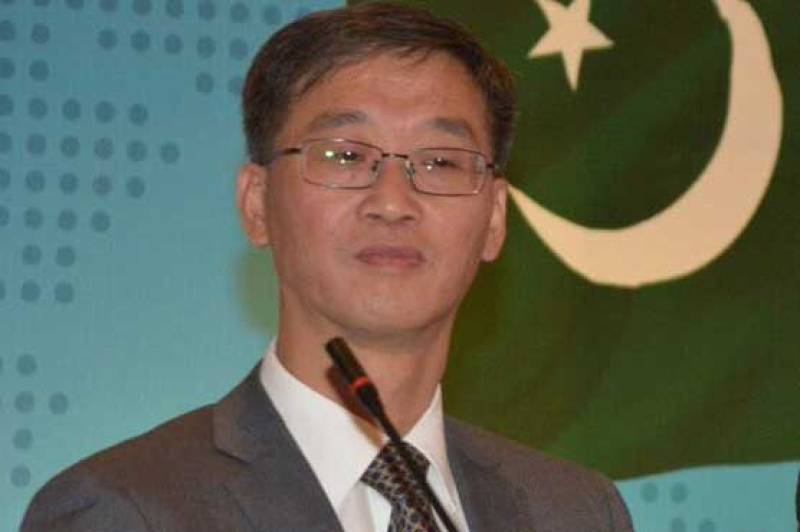 China, Turkey, and Saudi Arabia, which during the initial phase of the meeting resisted US pressure to place Pakistan on the list of states which lack effective regulations to combat terrorism financing, withdrew their support during the final phase, allowing the motion to go through successfully.

This invited a storm in the South Asian country, which is itself a victim of terrorism and has been battling militancy for years while being blamed by western and Indian lobbies for “providing safe havens to terrorists’.

However, following the criticism, the top Chinese envoy in the country has clarified that Beijing’s silence at FATF session doesn’t mean a ‘united front’ against Pakistan.

Speaking at a local hotel in Lahore on Saturday, Ambassador Yao Jing revealed that countries gather at an international forum with their own interests; and China too has to serve its own interests which cannot be neglected. But, the envoy said, China has a plan to pull Pakistan out of its problems.

“It is a wrong perception that we [China] abandoned Pakistan,” he added.

In response to a question, he denied the ‘baseless fact’ that China was shown some evidence against Pakistan just before the last session of FATF. In fact, Mr. Jing shared, at any statement from Beijing was not going to make any impact on the FATF decision.

In his keynote address, the ambassador also dismissed the impression that CPEC projects are being carried out on a slow pace. “So far, China has invested US$19 billion in the Economic Corridor, out of which $4b were provided as soft development loans on 2 percent interest rate. These loans, which Pakistan needs to repay in a period of 30 years, are structured similarly to World Bank’s and of other global financial institutions,” Mr Jing detailed.

Another investment of US$15 billion was made through different Chinese companies, he added.

ISLAMABAD - Pakistan has contracted another foreign commercial loan of $500 million from the Industrial and Commercial ...

The ambassador cited the example of the Chinese company, Huaneng Shandong Rui Group, which is working on Sahiwal Coal Power Plant, and has signed a contract with Pakistani government for an Independent Power Project (IPP) that will not only provide electricity to the country but will also help it repay international loans.

Speaking about the flagship project of CPEC, the Chinese envoy said a service of two commercial ships will make Gwadar Port self-sufficient.

He emphasised that China’s relations with Pakistan, starting from 1950, were not based on transient interests but have remained unconditional. The project was not just for the benefit of Pakistan and China as “ownership of CPEC finally belongs to the whole world," he said.

Jing also noted that China’s Belt and Road Initiative (BRI) is a huge regional agenda with mutual interests rooted in China’s and Pakistan’s common vision for a better future and prosperity of the region.

He calculated that if Pakistan’s economy keeps growing on a rate of at least 4 percent, then the loans from China would not become a burden on the country’s financial system.

According to the Chinese envoy, the CPEC is divided into four categories:

These projects are aimed to provide infrastructure to Pakistan’s industrial and manufacturing sectors so that the country can compete with the world, the ambassador said, adding that these will boost Pakistan’s economic growth to a next level. However, he added, it is necessary that these projects are completed in the stipulated time. Mr. Jing disclosed that all the 43 projects under the China Pakistan Ecnomic Corridor will complete by 2030.

To another question, the top Chinese diplomat said the upcoming general elections will not, at all, affect the CPEC as all the political parties are on the same page on this mega-corridor.

The ambassador was of the view that their new challenge is to counter anti-CPEC propaganda and acknowledgement of China-Pakistan successes in the recent past. 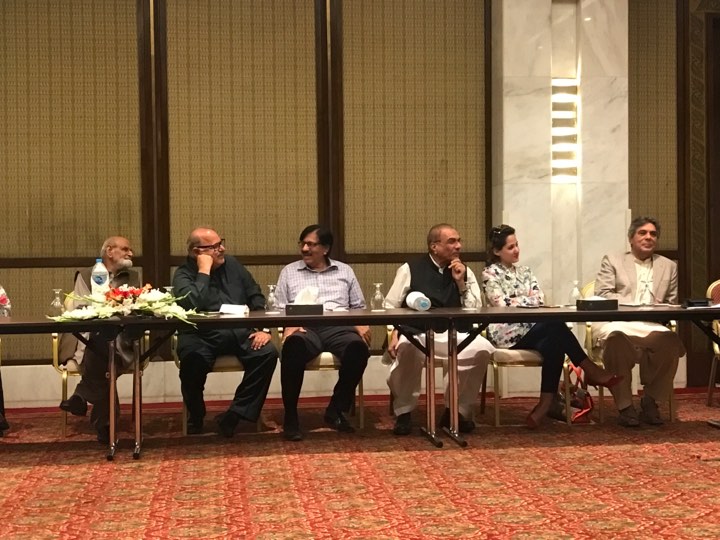 The event was also attended by leading journalists, notable defense analysts, as well as people from the academia.