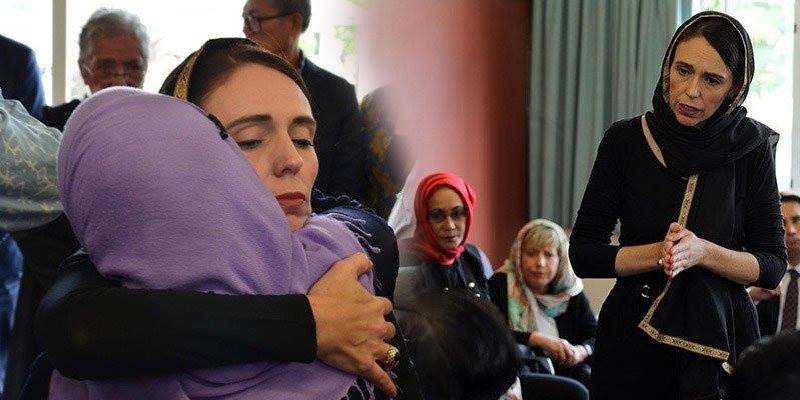 The New Zealand premier met with the community and laid a wreath at the Mosque in memory of the victims of the Christchurch attack.

She was wearing a 'dupatta', Saturday visited families of Christchurch terror attack victims and her expression of solidarity with Muslims in this hour of grief.

Having tears in her eyes, Ardern said she brought messages of love, support and grief on behalf of all New Zealanders to the crowd gathered at Canterbury Refugee Resettlement and Resources Centre. 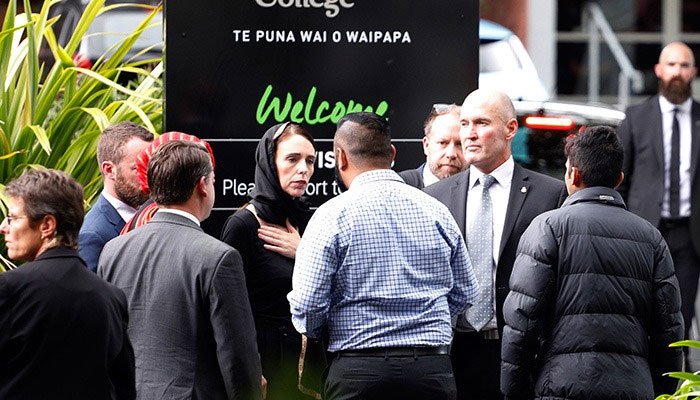 Jacinda Ardern also informed that only a small number of dead bodies of those killed in terrorist attacks at Christchurch will be handed over to their families today (Sunday).

Speaking at a media briefing in Wellington, she said all the dead bodies would be returned by Wednesday.

Jacinda said all mosques in New Zealand would be guarded by police.

At least 49 worshippers were killed in a terrorist attack at two mosques in a New Zealand city on Friday.

New Zealand Police Commissioner Mike Bush informed that nearly 50 others were injured in the mass shootings in Christchurch.

Australian Prime Minister Scott Morrison described one alleged gunman, who had Australian citizenship, as an “extremist, right-wing” terrorist, who was arrested by the police and charged with murder by a local court.