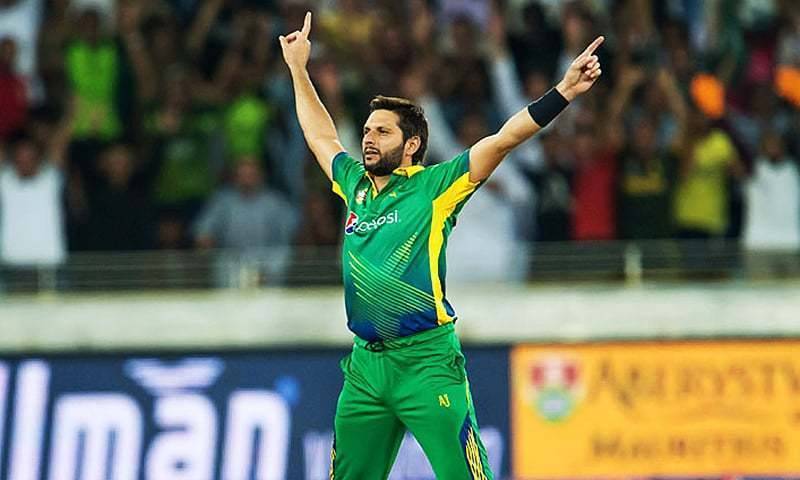 KARACHI - Shahid Afridi has requested Pakistan Cricket Board (PCB) to observe one-minute silence on the eve of PSL final, set to be played at National Cricket Stadium on Sunday’s night.

“The former skipper of Pakistan also urged the high-ups for limiting the concert to national songs, he said in a Tweet ahead of PSL 4 final.

As we mourn the loss of innocent lives in the #ChristChurchTerrorAttack & 9 Pakistanis’ Shahadat in it. Request the organizers of #HBLPSL to observe one minute silence as a token of respect and would also be better if they can honor them by limiting the concert to National songs.

On Friday, the 39-year-old all-rounder also took to Twitter to condemn the horrific incident. He said he confirmed with the Bangladesh players of their safety, while also expressing that terrorism has no religion and this act should not be bracketed as a Muslim act.

Horrifying tragedy #Christchurch. I found NZ one of safest, most peaceful places, people are friendly. Spoke to Tamim big relief B'desh squad/staff is safe. World must together! stop hatred!Terrorism has no religion! Prayers for bereaved families. May Allah bless the departed.

“Horrifying tragedy. #Christchuch. I found NZ one of the safest, most peaceful places, people are friendly. Spoke to Tamim big relief B’desh squad/staff is safe. The world must together! stop hatred! Terrorism has no religion! Prayers for bereaved families. May Allah bless the departed,” the Multan Sultan player wrote on his handle.

Pakistan struggled for more than a decade to revive international cricket in its backyard, after the 2009 attack on the visiting Sri Lankan team bus, which saw six members of the Lankan team wounded. The Bangladesh team was set to take on hosts New Zealand in Christchurch tomorrow, but in the wake of the attacks, the third Test has been called off.

However, PCB has clarified that the concert will be held on its schedule. There have been no changes in the closing ceremony, the PCB spokesperson added.