JEDDAH (Web Desk) - A Saudi man divorced his wife hours after their wedding because she was too busy texting her friends to consummate the marriage.

The groom took his Saudi bride back to their hotel room after the ceremony in the city of Jeddah. But when he tried to get intimate with her, he was pushed away by his wife because she was trying to respond to congratulatory messages from friends on her phone.

A relative told Saudi daily Al Watan: “The groom tried to get closer with her and more intimate, but he was shocked when she ignored him, not responding to his words and actions."

“When he asked her if her friends were more important than he was, the bride answered that they were.” 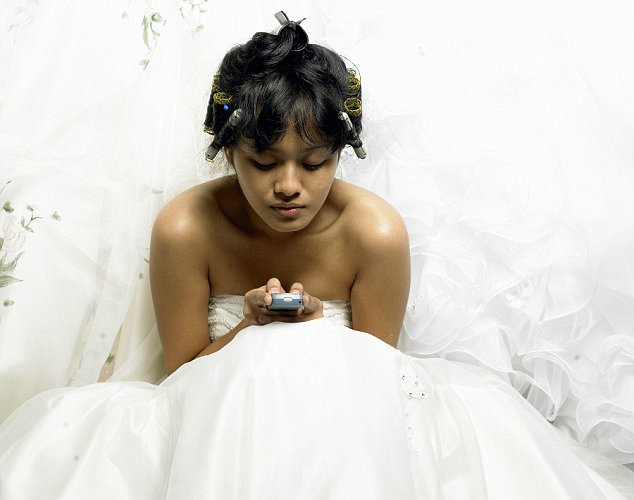 The argument became heated and the groom stormed out of the hotel, telling his wife that he wanted a divorce.

Gulf News, which cited Al Watan, reported that a court had referred the case to a reconciliation committee. However, the groom refused to withdraw the case and insisted on divorce.

A Saudi legal expert warned against the alarmingly growing figures of divorce among newly-weds, saying that they reached around 50 per cent.

Ahmad Al Maabi said: “Misunderstandings, differences in views and the easy approach to marriage without a deep appreciation of the responsibilities are among the major causes for divorce among young people."