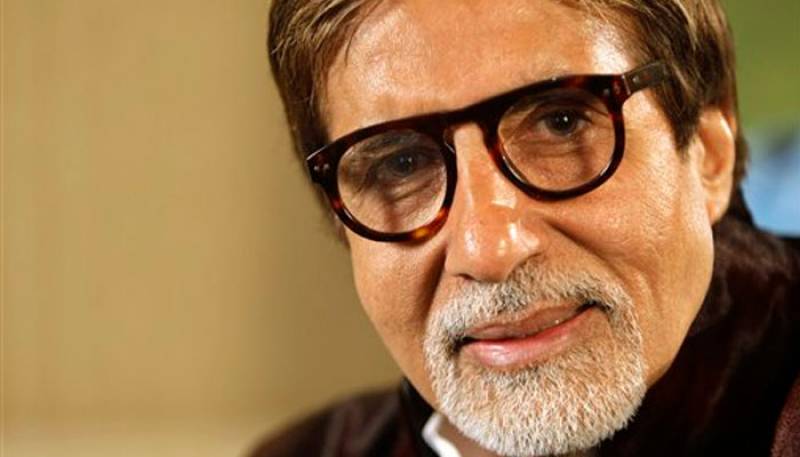 MUMBAI - Whenever our social media feed reflects a picture from Amitabh Bachchan’s social media channels, we are always excited to see what interesting has Big B to share with his zillion fans.

And today, Amitabh Bachchan shared a major throwback picture on social media from the sets of 1983-film Pukar and in this black-and-white photo we can see Amitabh Bachchan nursing an injured baby Kareena Kapoor Khan and alongside the picture, Big B’s caption read, “Guess who .. .? That be Kareena Kapoor on the sets of PUKAR shooting in Goa … had come with Dad Randhir .. hurt her foot .. and yours truly putting medication and taping it !!”

Pukar is a 1983 film starring Amitabh Bachchan, Randhir Kapoor, Zeenat Aman and Tina Munim. It was directed by Ramesh Behl and was based on freedom fighters trying to liberate Goa from the Portuguese. And this super adorable picture was clicked when baby Kareena Kapoor Khan had gone to visit daddy Randhir Kapoor on the sets of the film, and that is when she hurt her leg and Big B was kind enough to put medication on it. Well, we wonder what does Kareena Kapoor Khan has to say about this picture?

On the work front, Amitabh Bachchan was last seen in Sujoy Ghosh’s Badla starring Taapsee Pannu and a few days back, Big B revealed his look from the mystery thriller with Emraan Hashmi and film is titled Chehre and it is directed by Rumi Jaffrey.

Isn't the throwback picture of Bebo is too adorable for words?