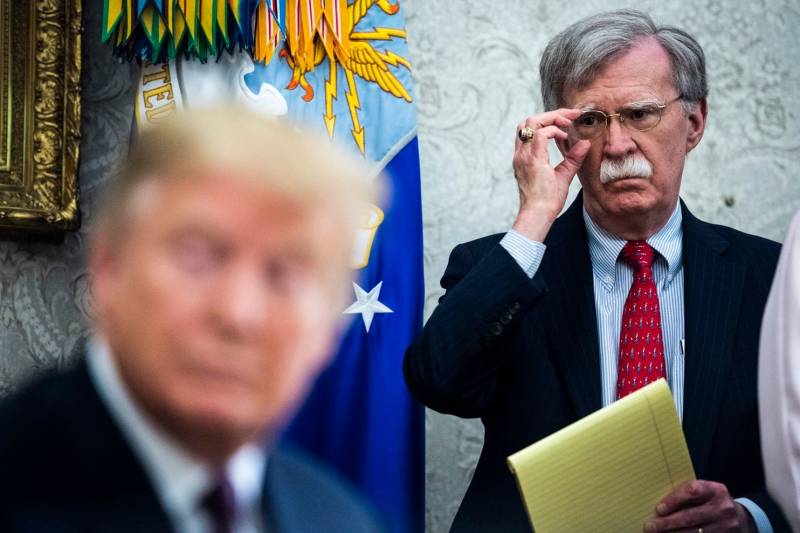 NEW YORK – US President Donald Trump has ordered his administration to avoid a military confrontation with Iran, the New York Times reported Friday.

The Times said that Trump, during a Wednesday morning meeting in the White House Situation Room, sent a message to his hawkish aides that he does not want the US pressure campaign against Iran to explode into open conflict.

“Trump was firm in saying he did not want a military clash with the Iranians,” the paper said, citing five senior officials who described the administration’s internal debate over Iran.

The account was also echoed by Reuters news agency which said Trump had communicated to his national security team and other aides to avoid an armed conflict.

“He doesn’t want to go to war. It’s not who he is,” said one official speaking on condition of anonymity.

The report cited anonymous officials informed on the matter as saying that Trump had privately expressed concern that some of his advisers, such National Security advisor John Bolton, were pushing for war.

Trump’s order comes a week after Bolton announced that the US was sending an aircraft carrier strike group and a bomber task force to the Middle East to counter a ‘threat’ from Tehran.

Hawks in Trump’s team, according to reports, have reportedly gone as far as drawing up plans for a possible military strike that could involve sending 120,000 soldiers to the Middle East.

RIYADH – Saudi Arabia on Thursday accused Iran of ordering a drone attack by Yemen’s rebels that knocked out a key ...

In a move to quell lawmakers’ frustration, administration officials held a briefing for the Senate and House leaders from both parties later on Thursday.

Following the session, Democrat Senator Richard Durbin said: “It’s a situation where this president has surrounded himself with people, (Mike) Pompeo (Secretary of State) and Bolton in particular, who believe that getting tough on a military basis with Iran is in our best interest.”

Various reports in the past two weeks have said that Trump has been specifically at odds with Bolton and Pompeo over their push for a military confrontation with Iran.