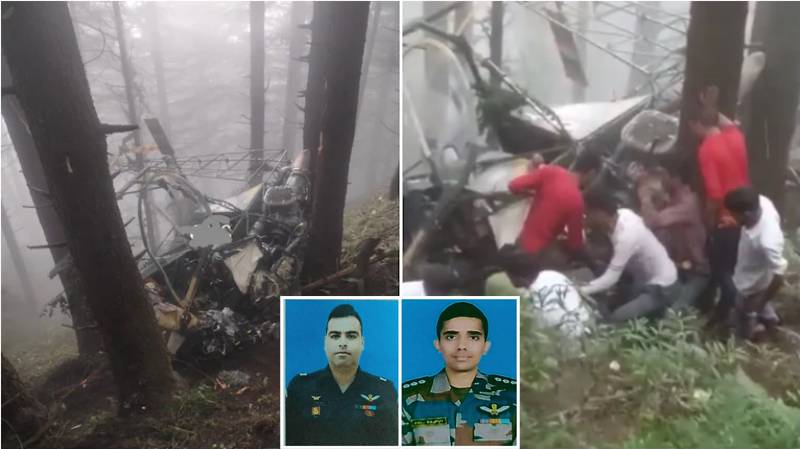 SRINAGAR – Two pilots of the Indian army succumbed to their injuries after a helicopter crashed near Patnitop in Udhampur of Indian occupied Kashmir on Tuesday.

Reports in Indian media quoting sources said the pilot and co-pilot were captain, and major of Indian force, both succumbed to their injuries while evacuating to the medical facility. Meanwhile, reports cited that excessive fog in the area reduced visibility, which led to the ill-fated accident.

A statement, issued by the Indian Army said, “Today during a training sortie in Patnitop area, an Indian Army Cheetah Helicopter crash-landed in Shiv Garh Dhar area in Udhampur district. Two pilots have been injured and evacuated to the hospital.” In the later update, both personnel died following serious injuries.

#BREAKING : An army #helicopter crashed in the hills near #Patnitop in the #Udhampur district of #Jammu and Kashmir. Two pilots have been declared dead.#ARMY #helicoptercrash pic.twitter.com/Nyxrg24tSC

The incident took place somewhere around 10.30 am officials claim while mentioning that the chopper belonged to the army aviation corps.

Reports quoting local police officials said upon receiving the information, we dispatched teams towards the spot in Shiv Garh Dhar. Rescue officials managed to reach the spot while locals helped bring out the two pilots.

Last month, another helicopter of the Indian army crashed in Ranjit Sagar Dam lake in Jammu and Kashmir’s Kathua.

SRINAGAR – A chopper of the Indian army, with at least five people on board, crashed near the Ranjit Sagar Dam in ...