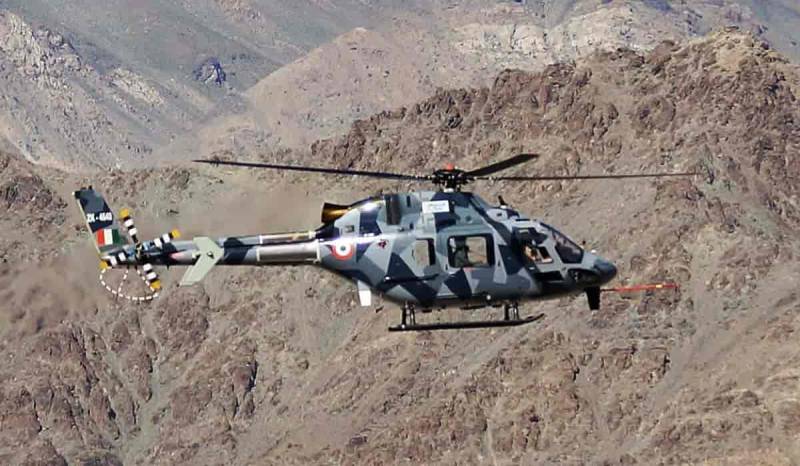 SRINAGAR – A chopper of the Indian army, with at least five people on board, crashed near the Ranjit Sagar Dam in the Basohli area of Indian occupied Kashmir's Kathua.

A search team has been deployed to carry out rescue operations. The 254 Army Aviation Squadron was on a regular sortie. Reports in Indian media quoting sources said army officers Lieutenant Colonel A S Bhatt and Captain Jayant Joshi were among the missing persons.

Superintendent of police Pathankot, while speaking with media said “We have received information that an army helicopter has crashed in Ranjit Sagar dam. We have rushed our teams to the spot”. He also negated the reports of causalities in the incident.

Kathua's officials citing local residents claimed that the chopper crashed in the dam around 10.43 am.

Earlier this year, a pilot was killed after an advanced light helicopter (ALH) Dhruv of the Indian army made a crash-landing in Kathua district.