Is Tuba Aamir getting divorce from Dr Aamir Liaquat? 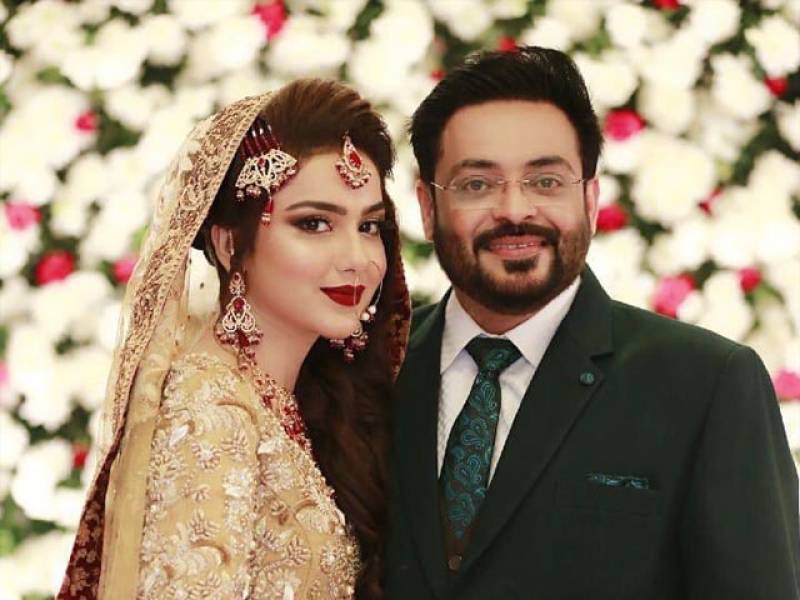 Famous TV personality and PTI leader Dr Aamir Liaquat Hussain has been more visible on social media than any other celebrity in recent days due to his alleged third marriage.

This time around the politician has made his way to headlines once again as rumours are rife that Dr Aamir and wife Tuba have called it quits.

The news stems from Aamir Liaquat’s self-proclaimed third wife Haniya Khan's post. From scandalous revelation to leaked messages, Haniya's claims are hard to digest since they cross the threshold of decency.

She claims that Aamir’s wife Tuba has taken a divorce from him and the statement seems dubious considering Haniya’s father who recently stepped forward and declared that his daughter is not mentally stable. 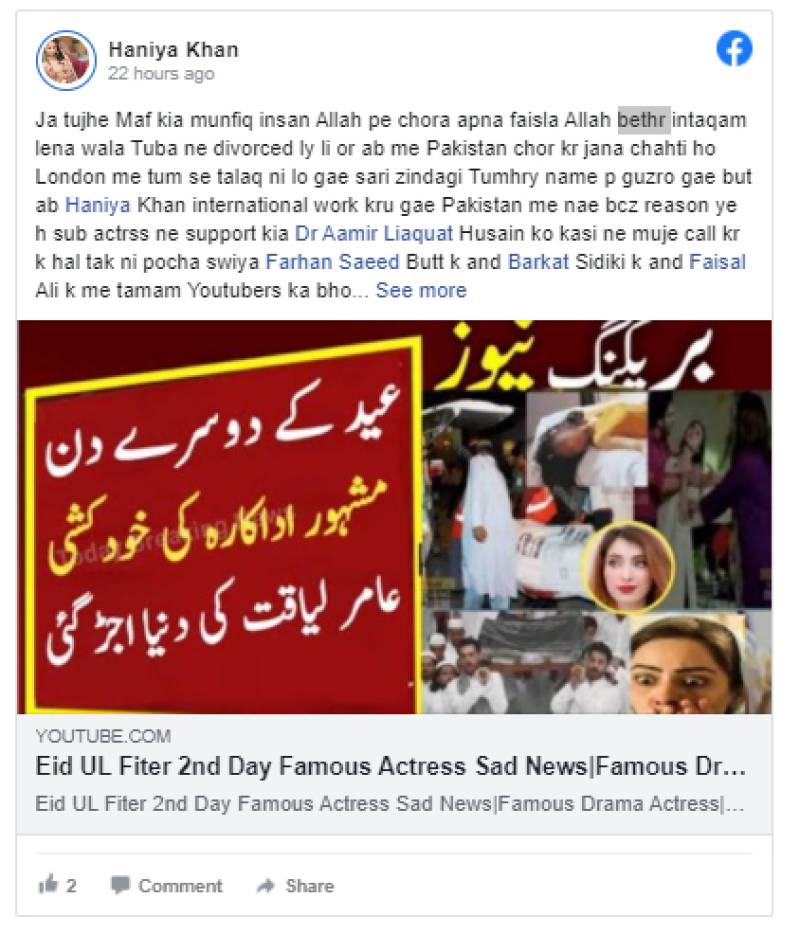 Moreover, the Bharaas star, who regularly post pictures on social media, didn’t post any pictures with husband this Eid.

Also, Tuba has been keen on avoiding any questions related to her husband and the controversies he is involved in. This indicates that relations between the two might be going downhill.

The fiasco of Pakistani television host Aamir Liaquat Hussain and his self-proclaimed third wife has now been fully ...