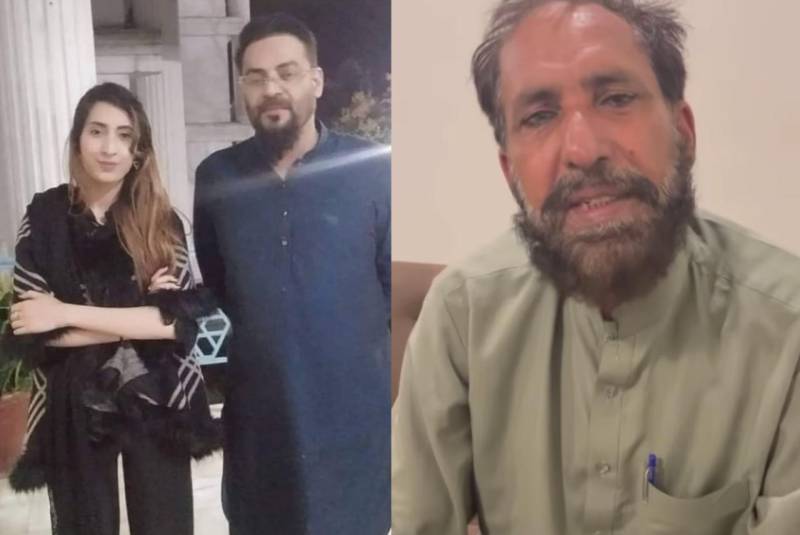 The fiasco of Pakistani television host Aamir Liaquat Hussain and his self-proclaimed third wife has now been fully transformed into an enigmatic mystery where a new revelation keeps on popping up on daily basis.

Hussain’s alleged third wife tried to defame him but now due to some unexpected twist and turns she has been labelled ‘mentally unstable’ by her very own father.

While Khan is determined to detach any ounce of respect that Liaquat has, it seems like the media personality has also jumped into defence as he gives evidence.

After everything got out of hand, Haniya’s father Tariq Pervez appeared on social media dropping bombshells and complicating the scandal.

Khan’s father openly declared that he doesn’t know anything about Haniya and Aamir’s marriage.

Furthermore, he stressed on his daughter's mental condition which according to him is not stable. Moreover, he maintains that her mental condition started deteriorating after she made a ‘Chilla’ for her sister who was very sick.

Aamir Liaquat Hussain has visited their house once before Ramadan but he didn’t mention anything related to his and Haniya’s wedding.

Tariq Pervez is exceedingly distressed with his daughter’s current state and appealed to the government to bring her back to him.

It came soon after the alleged third wife of Aamir reached outside Express-News office in Karachi to create a whole new drama.

Khan has also appealed to Prime Minister Imran Khan to help her in this matter and ask Liaquat to accept her as his third wife in front of the world. In addition to this, she even threatened to leak his nude.

Nausheen Shah has proved her versatility onscreen with her gorgeous looks and strong screen presence but one thing that ...