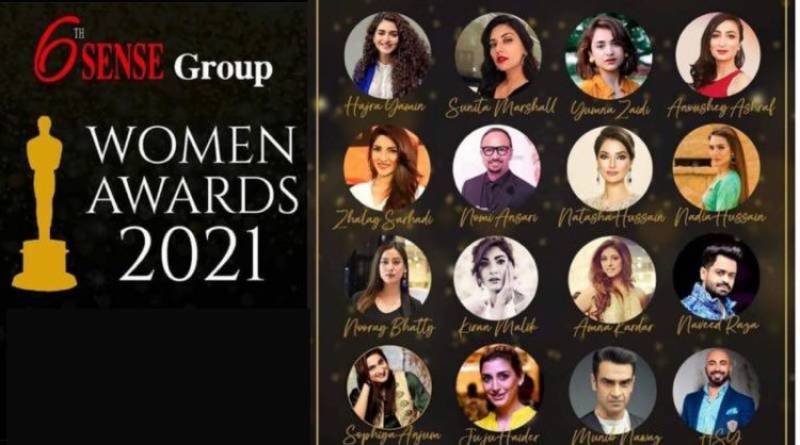 A day of gratitude - International Women’s Day is celebrated globally as a celebration of the achievements of the unsung heroes who are the women of our society.

This year Pakistanis also joined hands in efforts to eliminate the rotten ideology of patriarchy that prevails within our society.

6th Sense Group celebrated the Day in style as they hosted Women’s Awards 2021 today. Held at Governor House Lahore, the event was organized in collaboration with Laurels of Honour and Ammi Awards.

Aiming to acknowledge the efforts of the women of this nation by recognising their work and contributions towards a better women-inclusive society, awards and accolades were distributed.

As for the winners, Sonia Kanwal was awarded 'Canbebe Super Ammi' and Tayyaba Wahab won the title 'Milkpak Chef Ammi'.

The recognisation of contribution by the female workforce was truly refreshing to see as the awards honoured the sheer hard work that goes behind achieving the ultimate goals.

Uniting the woman of Pakistan under the umbrella of Aurat March, protesters gather around and demand to curb the ...