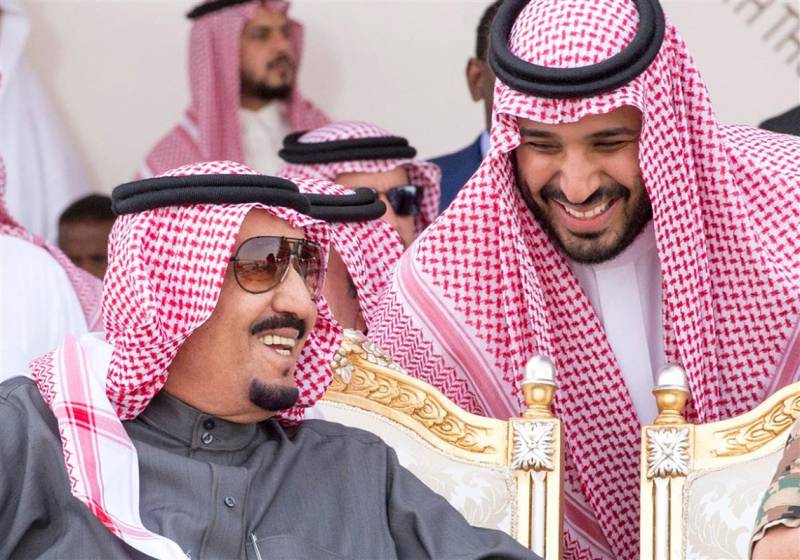 RIYADH - The 32-year-old Mohammad bin Salman Al Saud would be assuming the charge of Saudi Arabia's king, next week, the preparations for which have been finalized, claimed British media outlet DailyMail.

The move is seen as the final step in the power grab of Salman bin Abdulaziz Al Saud's son who became the crown prince in June by sidestepping his cousin Mohammed bin Nayef.

Quoting a source close to the Saudi Royal family, the report said King Salman will hand over the reins to his son but will continue only as a ceremonial figurehead, handing over official leadership of the country to his son - often referred to as MBS.

'Unless something dramatic happens, King Salman will announce the appointment of MBS as King of Saudi Arabia next week,' said the source.

The highly placed source confided that the 81-year-old King Salman will play the role of the queen of England and will only keep the title 'Custodian of the Holy Shrines'.

It added that once crowned king, the young prince will shift his focus to Iran, a long-standing rival hydrocarbon powerhouse to Saudi Arabia in the Middle East.

He will also enlist the help of the Israeli military to crush Hezbollah, the Lebanese militia supported by Iran, according to the source.

The move of crowning MBS which would shake the political observers comes at a time when he had initiated an anti-corruption purge confining scores of ministers and billionaire Al-Waleed bin Talal to Ritz-Carlton hotel.

By the anti-corruption swoop, the young prince consolidated his position and also bagged support of US President Donald Trump, who expressed confidence in MBS.

Hours after the sensational report by Dailymail, senior Saudi official dismissed the mounting speculation that the crown prince will soon ascend to the throne.

“There is no possibility whatsoever that the king will abdicate,” Bloomberg quoted the unnamed official as saying.