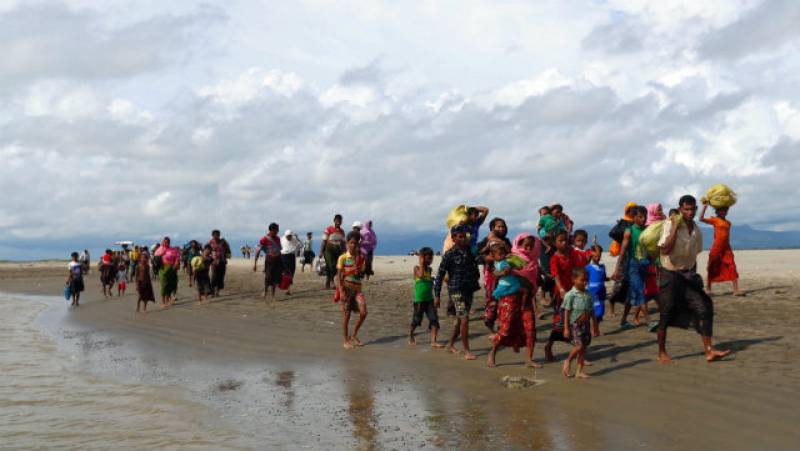 UNITED NATIONS - The United Nations International Children's Emergency Fund (UNICEF ) on Friday welcomed confirmation from the Bangladesh authorities that Rohingya refugees will not be returned to Myanmar against their will, amid reported ongoing rights violations there.

Hundreds of thousands of Rohingya Muslim have fled Myanmar for Bangladesh's Cox's Bazar camps since late August 2017, amid widespread and systematic violence perpetrated against them.

An investigation commissioned by the UN Human Rights Council maintained that the violence was principally committed by the country's security forces - particularly the military – and many violations amounted to the gravest crimes under international law.

"We have seen widespread reports that Rohingya refugees in Bangladesh may be forcibly repatriated to Myanmar, reports that UNICEF views with the utmost concern," UNICEF spokesperson Christophe Boulierac told reporters in Geneva.

"The camp authorities reinforced the message that while they are ready to repatriate refugees on a voluntary basis, no Rohingya refugee will be forced to return to Myanmar if they do not wish to do so," he added.

UNICEF's comments reflect the views of Rohingya refugees sheltering in Cox's Bazar, where conditions are preferable to the perceived risks of returning to Myanmar, Boulierac said.

"Unofficial polls conducted by our UNICEF colleagues in the camps have all reached the same conclusion: the overwhelming majority of refugees are unwilling to be repatriated unless their safety can be guaranteed," he explained.

In a regular Press briefing, Boulierac insisted that Rohingya communities inside Myanmar are still extremely vulnerable, before appealing for unhindered and simplified humanitarian access.

"Rohingya children and families who remain in Rakhine state continue to face particular hardship and are in need of humanitarian assistance due to ongoing restrictions on their freedom of movement and limited access to essential services, such as health and education," he said.

UNICEF's comments follow an appeal from the UN High Commissioner for Refugees (UNHCR), Filippo Grandi, that Rohingya refugee returns should only take place at their freely expressed wish.

Echoing that message, UNHCR spokesperson Andrej Mahecic stressed on Friday that refugee repatriation anywhere in the world is based on the premise of the free and informed choice by the people who are supposed to return.

That has been our consistent line, Mahecic told journalists, and that has been a principle that is reflected in all of the documents, including the bilateral agreement between Bangladesh and Myanmar that the international standards of refugee repatriation will be observed.

In addition to the incredibly worrying situation inside Myanmar, UNICEF remains seriously concerned about refugee children inside Bangladesh, warning of a lost generation.

In a bid to help youngsters in Cox's Bazar, the UN agency is continuing to roll out a series of educational initiatives for children of all ages, including providing a network of Learning Centres and Child Friendly Spaces (CFSs).

There are now more than 1,100 learning centres run by UNICEF and its partners in the camps which reach 124,000 children with education, Boulierac said.