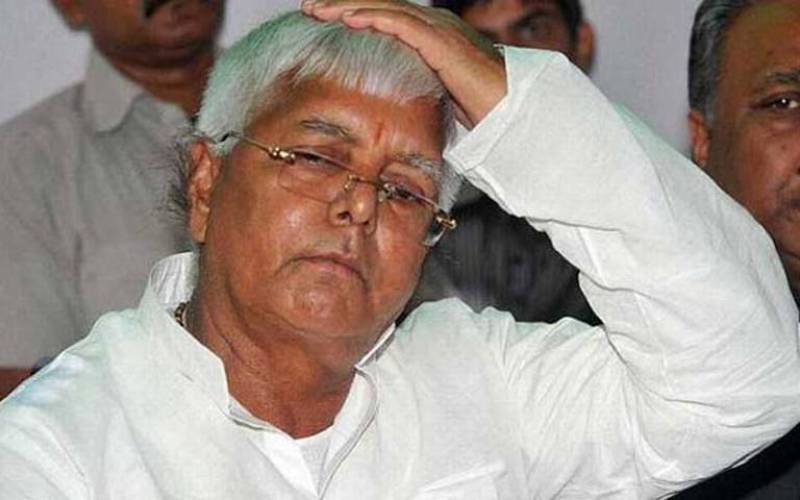 PATNA (Web Desk) - Bihar politician Laloo Prasad Yadav was slightly hurt after a ceiling fan fell onto the stage where he was sitting, narrowly missing him.

At a rally in Motihari, Mr Yadav was seen sipping tea, looking warily at the fan, which was rotating dangerously. "Bijli kaat do (cut the electricity)," said the former chief minister, pointing at it.

Within moments, his fears came true and the fan fell, luckily only knocking off his tea cup.

The politician suffered minor injuries in his hand but stayed put.

Blaming the police for being "irresponsible", Mr Prasad demanded a written guarantee that the stage would not collapse. "If it falls despite that then they should go to jail," he thundered.

Two days ago, at a rally in Arwal, a portion of the stage on which Mr Prasad was sitting on caved in under the weight of all the leaders standing on it.