Four children among seven die in house fire in Muzaffargarh 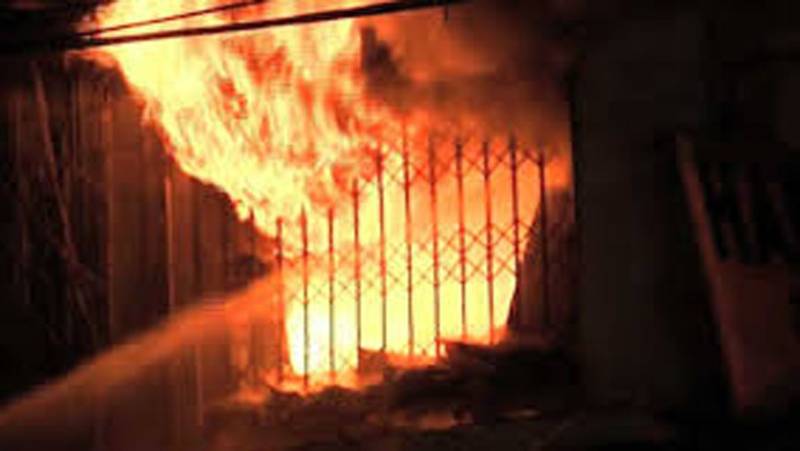 MUZAFFARGARH – Seven persons, including four children and two women, were killed in a house fire on Saturday night in Pir Jahaniah.

Reports quoting rescue officials said the blaze broke out while the family was sleeping in the house. The district emergency officer confirmed the death of all people in the incident.

Officials also mentioned that all deceased persons belonged to the same family. Three of the victims were identified as Mohammad Nawaz,65, Khurshid Mai, 35, and Fouzia Mai, 19.

Three children – Shah Nawaz, 12, Sarfaraz, 10, Yaqub, 2 – with a two-month-old infant were also sleeping at the time of the ill-fated incident.

KARACHI - At least five members of a family including Jinnah University professor Farhat Mirza and a retired judge ...

Meanwhile, the cause of the inferno has not yet been ascertained, and further investigations are underway, per reports.